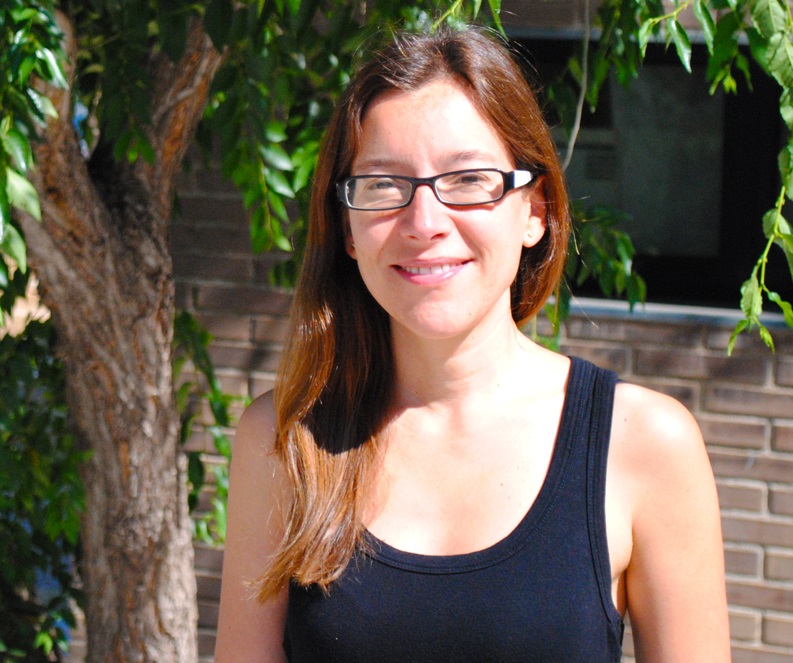 Ruth de Diego: «Without language we would have to redefine ourselves as a species»

Ruth Diego Balaguer wanted to devote herself to sociology until psychobiology’s web of brain networks captivated her. Specialized in Cognitive Neuroscience, this ICREA researcher is leading the research group ‘Brain Mechanisms of Language Learning’, affiliated to the IDIBELL and the University of Barcelona. The aim of the group is researching the relationship between brain injuries that affect attention span and language learning.

How would humans be without language?

What does it mean researching the brain mechanisms of learning?

We are interested in finding out what are the mechanisms we use to learn a new language. Now we have started working on the effect that other cognitive functions such as attention span have on language learning. This is especially important for understanding how diseases that the affect attention span may impact language acquisition. We study how the learning system works in people with no injuries, and once we have that, we investigate the pathology to understand what happens when the learning system is injured. This basic knowledge would help us understand how the diseases that affect this function work and how they reflect on the ability of people to learn the connections between different brain structures.

How can this research help society?

A better understanding of the relationship between attention span and language acquisition could enable early intervention in problems associated with language. We could evaluate the attention span of children even before they begin to speak to detect whether there is any problem in the development of aspects that are important for language learning.

What factors are key in learning a language?

Learning a language can involve the skill to learn new words, good skills to learn language rules, etc. Individual differences vary depending on what kind of information must be learned. At the structural level, we have seen that individual differences between the connections of the areas responsible for the articulation of language and auditory areas make some people better at learning a spoken language. Furthermore, the connection between areas of the parietal lobe and the areas of articulation is more important for the assimilation of language rules. The learning process is not uniform, there are differences in the abilities of each person: some are good at memorizing while others are better at inferring the rules.

What do you think about the current status of research in Catalonia?

In my opinion, there is a great lack of research grants from the Generalitat, but it is also true that there are positive things, such as the ICREA, which has brought many brilliant researchers and has turned Barcelona into an important hub, at least in the field of cognitive neuroscience. However, researchers have to increasingly turn to private and European funding, which is highly competitive.

More about Ruth de Diego
If you had not been a researcher, what would you have done?

Connecting with people always attracted me, so I guess I would have opted for clinical psychology.

The best invention in history:

Internet, because it has changed social relations, it has utterly reduced distances, and has allowed knowledge to travel much faster.

The future invention you are most afraid of:

Optogenetics. It seems really dangerous to modify the behaviour of an animal through genetic modification. If this reaches the human population it could be dangerous.

… a very accessible entity despite its size. Project management and drafting become very easy through the FBG, because they are very proactive in finding solutions when problems arise.