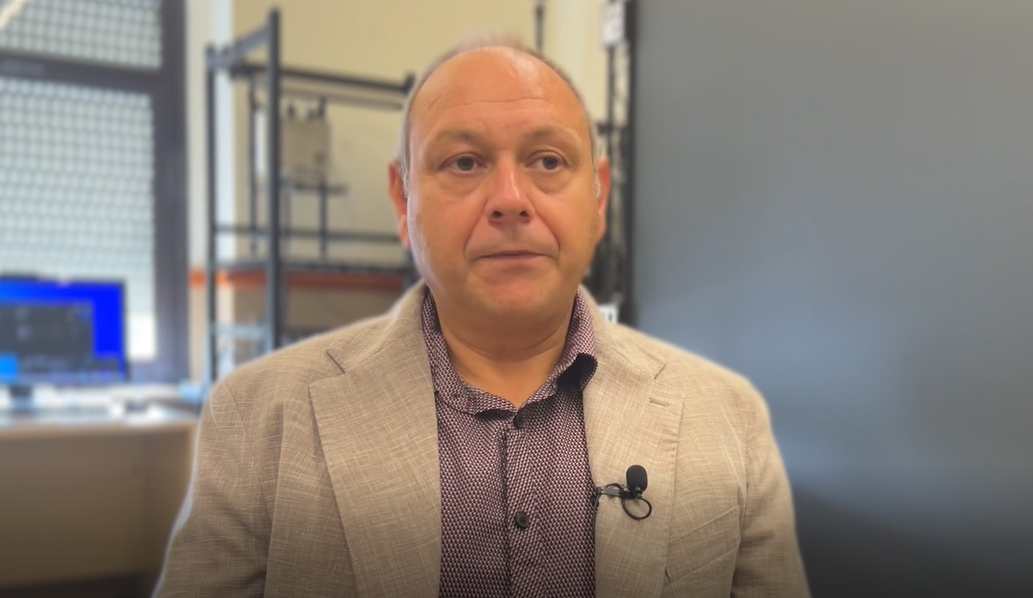 Joan López-Moliner: “Virtual reality design should factor in the symptoms it can cause”

Joan López-Moliner is a professor at the Faculty of Psychology, he specialises in visual perception and psychophysics and is the director of the Vision and Action Control Group, which studies the visual processing of information to find out how it is used to control motor action, and a member of the Institute of Neurosciences (Ubneuro). He now focuses on studying how the use of virtual reality affects health.

What is your field of research?

Our research group works along different lines, from eye movements to optical flow, which is precisely my speciality. Optical flow is the changing pattern of light that reaches the retina while we are moving, for example when we drive, when we sail, when we play sports, etc. We focus on studying how we use this changing information, how the visual system processes it and how we then execute actions accurately. We are now looking into the impact of virtual reality on our health.

Can the use of virtual reality cause health problems?

The use of virtual reality, especially when it is immersive, that is, when we use a headset or goggles, can cause a kind of discomfort that is known as cyber sickness. This usually occurs when virtual reality involves full-body movement, in other words, when it simulates scenarios such as riding a roller coaster, for example. This discomfort is quite prevalent, approximately 15% to 20% of virtual reality users suffer from it. Typically it includes mild symptoms, such as eyestrain, which is the most common, but sometimes more severe symptoms can also occur, such as dizziness or vomiting. When designing virtual reality content, consideration should be given to the symptoms it may cause

Why do these symptoms occur?

It is an unnatural situation. We are exposing the eye to conflicting information. For example, in a virtual reality headset, you have a screen a few centimetres away from your eyes, which makes the lens accommodate and thicken in order to focus; in contrast, what is being projected may be very far away and the eye’s vergence movements try to focus on distant objects. This creates conflict, because in a natural scene the lens would flatten out instead.

Does the specific technology used play a role?

The type of screen and hardware used condition how light reaches the retina. It is true that technology has evolved a lot in recent years. For example, a few years ago the refresh rate of virtual reality headsets was very low, 60 Hz, but the problem is that our visual system is used to continuous light, not to a series of frames per second, which is very fatiguing. Today refresh rates are almost 100 Hz; that is, a new frame every ten milliseconds.

Human factors such as age and gender also play a role, don’t they?

Yes, the prevalence of cyber sickness is higher in women and older people. One of the causes is the disparity between the two images —one for each eye— produced in virtual reality. Interocular distance, the distance between the two eyes, is what determines how we will process this disparity, and it is usually shorter in women. This means that, when using virtual reality, women are exposed to conditions that are, on average, less favourable. However, these are issues that have not yet been properly studied.

Is the problem that visual content made for virtual reality has different spectral properties?

The problem lies mainly in the spectral structure of the images used in virtual reality. We can analyse how the statistical characteristics of visual content can influence the symptoms it causes. The proof of concept we are working on aims to provide solutions to alleviate this discomfort. For example, designing certain filters that allow us to reduce the symptoms, without interfering with the immersive experience.

Should parameters be restricted?

I don’t know if they should be restricted, since, for example, artists use virtual reality and want to cause certain sensations in the audience. But a risk index could be defined so that VR users know what they are exposed to.

Why is it important to provide tools to avoid these problems?

The virtual reality industry is rapidly expanding and cyber sickness hinders not only its growth, but also the usability of VR in the professional world. Currently, virtual reality is mostly used for entertainment, but it will be increasingly used in professional environments, for example, in medical simulations and training platforms. If we do not make progress in resolving these issues, they will become a major barrier for innovation in the sector.

Something you would like to see in the future

A return to a culture of hard work.

Gustav Fechner, the creator of psychophysics, and Einstein.

The Bosch i Gimpera Foundation has especially helped me to apply for and manage European projects. There I have found a whole team of people who have enthusiastically committed themselves to help me out.