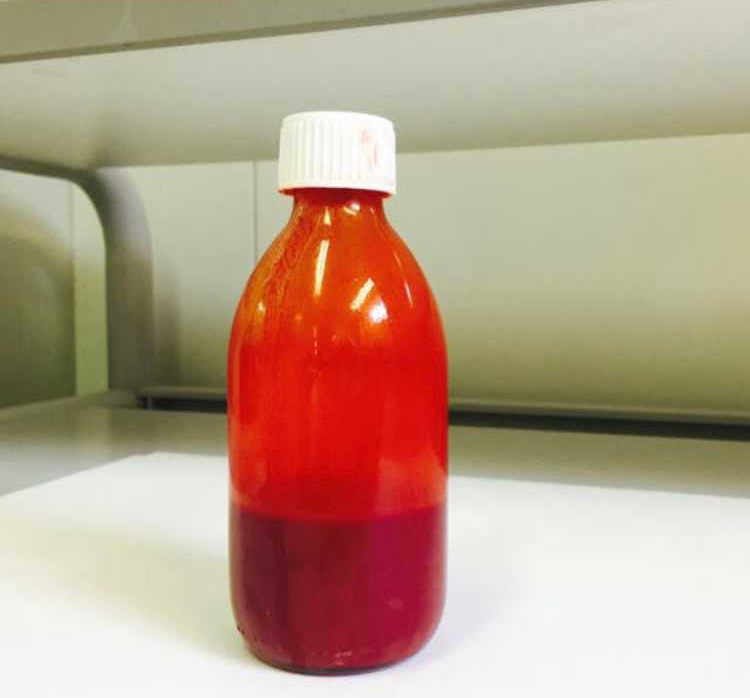 Tuberculosis is an infectious disease that mainly affects the lungs and is among the top ten causes of death worldwide. Currently patients are treated with a combination of antibiotics in tablets, a problematic form of administration for children and adults who have difficulty swallowing. The team of Dr. Josep Maria Suñé Negre, director of the Drug Development Service (SDM) of the Faculty of Pharmacy of the University of Barcelona, has managed to develop a new liquid formulation of the three first-line drugs for tuberculosis that adapts to these cases. The new liquid preparation improves the taste of this type of formulation and solves stability problems, thus helping this sizeable group of patients to follow the treatment more easily.

In 2016, more than 10 million new cases of tuberculosis were detected, one million of which were in children. The recommended treatment for these people includes a combination of the antibiotics isoniazid, rifampicin, and pyrazinamide. The usual formulation of this drug is in tablets, which causes problems of compliance with the treatment in children and among some adults, due to the difficulty of swallowing the tablets, to the fact that each dose includes two or three tablets, and to the bad taste of these tablets. In addition, this negative attitude towards the treatment may cause patients to take lower doses than recommended, or an excessive dose to compensate for those not previously taken, which increases the likelihood of this bacterium developing resistance to antibiotics.

In cases such as these, hospital pharmacy services prepare specific magisterial preparations based on the aqueous suspension of some of the active ingredients of antituberculosis drugs, but these preparations have significant stability problems and must be taken as soon as they have been prepared. Researchers at the UB have developed a formula that solves this deficiency and results in a stable and effective liquid preparation with the exact dosage of rifampicin, isoniazid, and pyrazinamide. In addition, the study of the manufacturing technology and the validation of the analytical methodology have also been carried out, so that the new formula is now ready to be licensed.