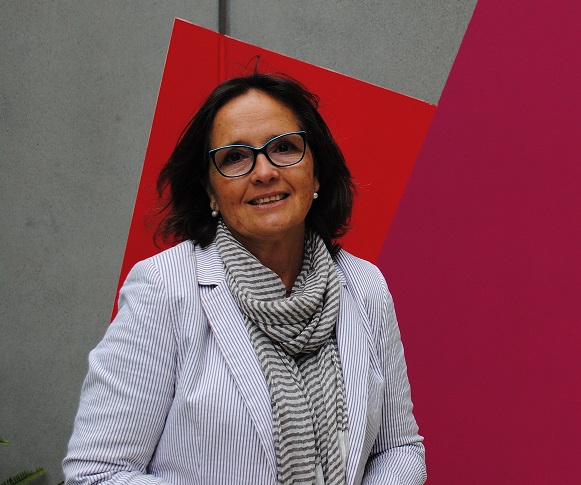 Pilar Vinardell «Abandoning animal testing is not only a matter of ethics, it is also cheaper»

Dr. Pilar Vinardell pioneered the search for in vitro methods as an alternative to animal experimentation in Catalonia. “These things that Pilar likes,” as her colleagues in the Department of Physiology of the University of Barcelona used to call them, led her to become a member of EUROTOX, the working group on alternative methods of AETOX, REMA, and the Scientific Committee on Consumer Safety of the European Commission.

Why did you decide to look for alternatives to animal testing?

In my department, new alternatives seemed quite strange, that’s way they sometimes called them “those things that Pilar likes,” because they did not understand them. However, I knew that in the future we would have to find alternative methods to test for toxicity, and that we would not publish anything if we continued experimenting on animals. Now the law has changed, people are more sensitized and we’re talking about the three Rs in animal experimentation: Replacement of animals (which refers to the use of experimental methods that avoid the use of animals); Reduction in the number of animals experimented on; and Refinement, so that animals suffer as little as possible.

What is the main goal of your research group?

Our research is aimed at developing in vitro toxicology methods that do not use animals, especially in the field of ocular and dermal irritation, dermal sensitization (allergies), and anticancer agents. Our idea is to work with these alternative methods in order to improve them and make them as effective as possible to show that they really work.

Cosmetic testing on animals was banned in 2013…

Yes, the scientific community already warned that this prohibition had been a little hasty, because there were still many models to validate. There is a lot of work being done, but validating a method is not easy, it takes many years. At that time Europe pioneered very strict regulations, but now this tendency to stop experimenting on animals has spread to other countries, not only for ethical reasons, but also because it is cheaper.

Will the day come when the use of animals in drug testing is also banned?

In the long run, yes. Technology advances at a fast pace: 3D organs are printed, cells are grown … it sounds like science fiction, but we will keep moving in this direction. At first, experimenting on animals was convenient because they were what was most at hand, but in the end a rat is still an experimentation model, not a human. Eye irritation tests, for example, have always been done on rabbits because they have big eyes, but it has been scientifically proved that they are not the same as humans eyes (their cornea is different, and tears are not the same either). Alternative methods are verifiably more effective than animal testing, and that is what we do: trying to make alternative methodologies more reliable than animal testing. However, as human beings we owe a great debt to animals, because all the advances in the fields of science, medicine, and pharmacy would not have been possible without them.

What relationship do you have with companies in this sector?

We have come across companies that believe that universities are at their disposal and that they do not have to pay for the services we provide. Many small companies in the cosmetics sector think that you will work for them for free or that if they have to make some payment, or offer some compensation, they can do so, for example, in the form of a publication, which we have to do ourselves. These companies want quick results; they only think about solving a problem, and they do not take research into account. It is true, however, that there are other companies that do invest in research. For instance, the last thing we have done is providing in-company training on how to use in vitro techniques.

What do you think about the situation of research in Spain?

The economic situation is dire. Many times, we manage to make something work simply because people are devoted to it. We are good because people like what they do, and spend hours on it, but we do not have the necessary financial support. For a few years it seemed that we were rich and everything worked, but now it is obvious that that was not truth, and investment in research has fallen.

All the medical advances that have allowed life expectancy to increase.

Internet, because of the way in which people use it. Globalization is quite beneficial in some aspects, but also very dangerous.

The future invention you are most afraid of

Genetic manipulation; humankind believing that we have the ability to play God.

…the link with companies. We scientists want to convey what we do, and there are people in the FBG who know how to do this. This helps us a lot, because researchers are not businesspeople.