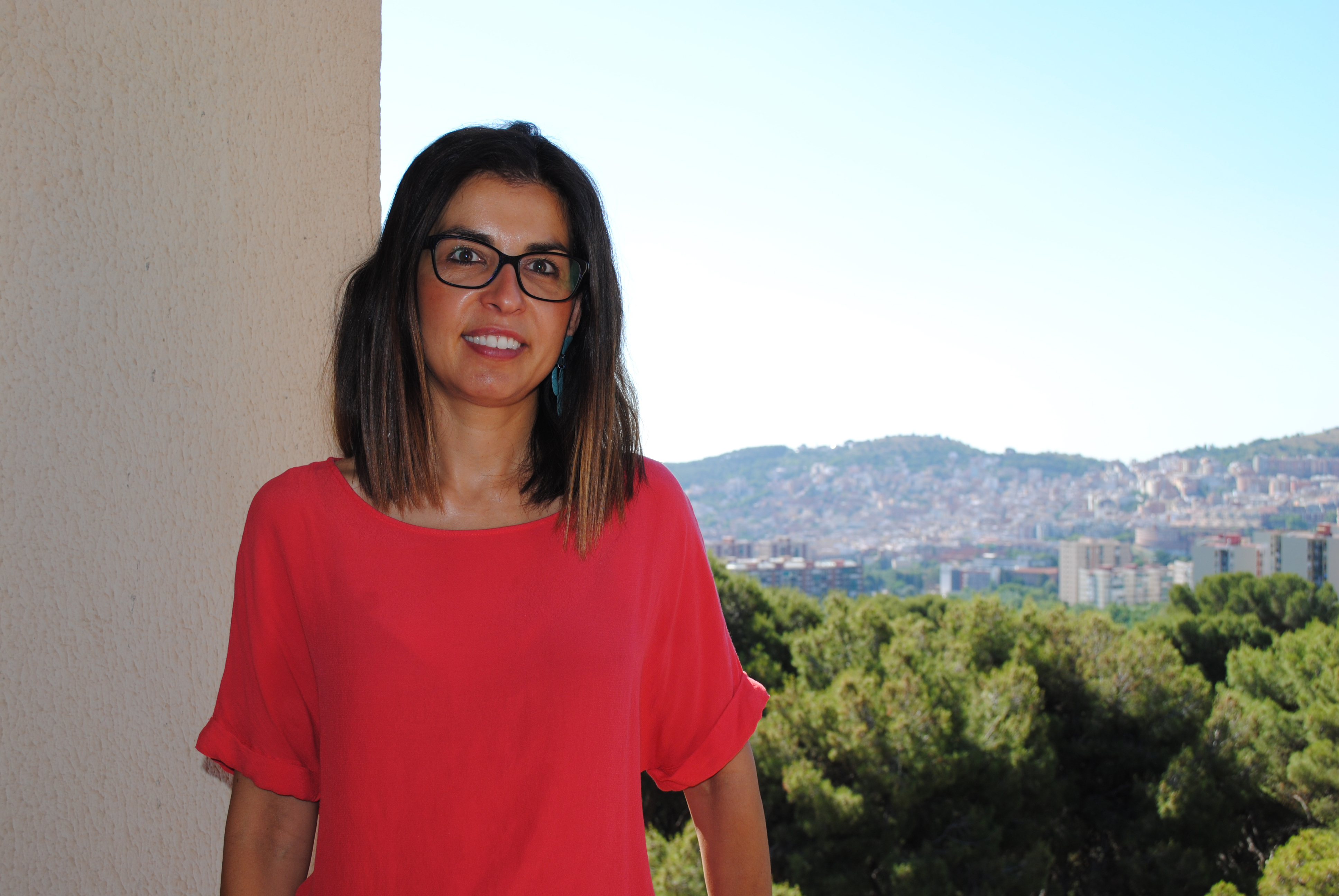 Noemí Pereda «Bullying is the least of the problems. Most forms of violence against children occur at the hands of an adult»

The Child and Adolescent Victimization Research Group (GReVIA) of the Faculty of Psychology of the University of Barcelona fights to defend the rights of children and adolescents with a multidisciplinary team made up of psychologists, criminologists, and professionals from the world of education.

It is a research group that focuses on violence against children in all its aspects using a scientific methodology. Our theoretical framework is based on Dr. David Finkelhor’s model of developmental victimology. According to it, different forms of victimization can occur throughout a child’s development, which have different effects and in relation to which we have to intervene differently. Dr. Finkelhor’s theory is that the majority of victims suffer multiple events of violence and that polivictimitzation is what really leads to the appearance of psychopathologies.

There is a false belief that the most frequent violence is violence between children, but actually bullying is the least of the problems. Most forms of childhood victimization occur at the hands of an adult. However, this is so hard to accept that it is socially easier to talk about children who beat each other. Well, that is not the case. Most cases of violence involve an adult taking advantage of a trusting relationship to harm a child.

On what kind of projects do you collaborate?

We are working on different projects. One of these deals with cases of sexual abuse by members of the Catholic Church, which will be the first study to be carried out in Spain on this subject. We are also working on a project commissioned by the UB Student Observatory to study the victimization suffered by our students. In addition, we always work with NGOs such as Save the Children, with which we have just published a report on viral violence. We are waiting for the Spanish Ministry of Social Affairs to fund a national survey, which we will try to conduct every two years, to study variations in violence. It would be very interesting to have data on this evolution, as this has never been recorded in Spain.

We also offer training activities. The Generalitat hired us to train one technician from each childcare institution in Catalonia to detect and notify cases of violence. Moreover, we advise NGOs, the Síndic de Greuges (the Catalan ombudsman), and the Parliament of Catalonia on this matter.

Research on minors raises complicated issues of confidentiality and anonymity. The data are confidential but can never be anonymous, because if we detect a risk situation, the child’s interest takes precedence over research interests. This has led us to draw up guidelines on the ethics of research involving child victims of violence, so that people know what to do in each situation. We have written the text, and the Federation of Associations for the Prevention of Child Abuse (FAPMI) has undertaken the production of these guidelines.

How does violence affect children throughout their lives?

The problem with violence in childhood is that it breaks down three major pillars of child development: self-confidence, trust in others, and confidence in the future. It has been proved that these three main types of trust that we need to develop properly are destroyed by victimization, and the longer it lasts, the worse. In the majority of cases violence occurs within the family, nobody detects it, and the situation lasts for years. Abused children grow up with many deficiencies, and this has been correlated with many psychological problems in adulthood. But, in addition, at the neurobiological level, these children show a hyperactivated stress management system (a system that is activated in response to immediate threats). A child who is experiencing violence at home, activates the stress management system as soon as he or she gets home. This hyperactivation means that they constantly secrete all the adrenaline we secrete when we are under threat on a daily basis. In the end, this damages not only brain structures linked to serious mental disorders such as depression and anxiety, but also structures related, for example, to learning. It was not understood why abused children were such poor students, had such low grades, and no professional future. It is becoming apparent that they cannot be good students because they actually suffer neuroanatomical damage in certain areas of the brain. The effects affect all areas of development, and depend somewhat on individual susceptibilities: there are children who are more susceptible to psychotic disorders, others who are more susceptible to substance abuse, depression, and anxiety, etc. It is clear that violence in childhood is a risk factor that explains a very high percentage of psychopathologies in adults, and we are not sufficiently aware of this correlation. Violence against children is very common, has devastating effects on their development, and not enough research is being carried out on it.

In recent years, has violence increased or decreased?

It depends on the type of violence we’re talking about. In general, however, it should be decreasing, because there is more social awareness. Online violence has increased, because new technologies were not used before, and until we undertake an educational intervention in this sense it will continue at the same rate. Sexual abuse is still the same since the 1970s. It is said that one in five European children suffers sexual violence. Comparing studies over the years it does not seem to have increased, but neither has it decreased. Until forms of victimization such as sexual abuse, which is the main taboo, come to light so that people see them as a serious problem that can be tackled with the implementation of proper programmes, we will continue to have the same rates of violence.

What can we do to fight this?

One of the problems, and here I am very critical of our university, is that there is no training regarding child victimization in careers as important as Psychology or Medicine. How is it possible that I, who am an expert in this field, only teach courses in Criminology? We are talking about detection, prevention, clinical and social aspects. As soon as we have trained professionals, we will be able to carry out social awareness campaigns. It is very good for children to know their rights and to know that they can say no, but in the end this depends on adults. So let’s train the parents and let’s train the professionals.

Some authors claim a certain self-protection on the part of adults: adultcentrism. All resources and research are directed towards violence against middle-aged adults, when in reality there is much more violence towards children than between adults. But of course, in what position does the fact that we abuse our most vulnerable members leave us as a society?

When we first started, our priority was to publish in high-impact journals. However, we realised – and I think this is very important – that researchers in the social field must pursue a two-pronged career: on the one hand, there is the high-level scientific aspect, with publications in journals that give relevance to research, and on the other hand, there is social dissemination, with reports posted on the Internet, training actions for professionals, etc. Otherwise, research does not reach society. Working from this double perspective is hard, but we like very much the idea of returning in some way to society all that it gives us in the form of scholarships and grants.

What is the best discovery in history?

Any discovery made by Marie Curie, given that she was the first woman to receive a Nobel Prize (in fact, she received two), which marked the beginning of the acceptance of women in science.

I would like for children’s rights to have the same importance as the rights of adults.

What is the advancement that you are most afraid of?

There is a research line within my field that frightens me: the line linked to neurobiological consequences. I’m worried that people might think that there’s nothing more to do with abused children because they have structural brain damage. If we do this we are making a very serious mistake, because the potential of individuals is huge. There are many authors who say that victimization is a driving force for development. Some of the best examples are Joan Miró, who was abused by his parents, and Madonna, and Lady Gaga, who suffered sexual abuse and have been able to do great things afterwards.

… an essential aid for researchers. I think that a researcher should be able to have time to research, to look for projects, but sometimes we are asked to do a lot of paperwork for which we are not prepared. The FBG assumes all these responsibilities, which we would not have to do if we were in a country where research was more relevant. For me and for us as a group the FBG is fundamental, because it makes our work much easier.