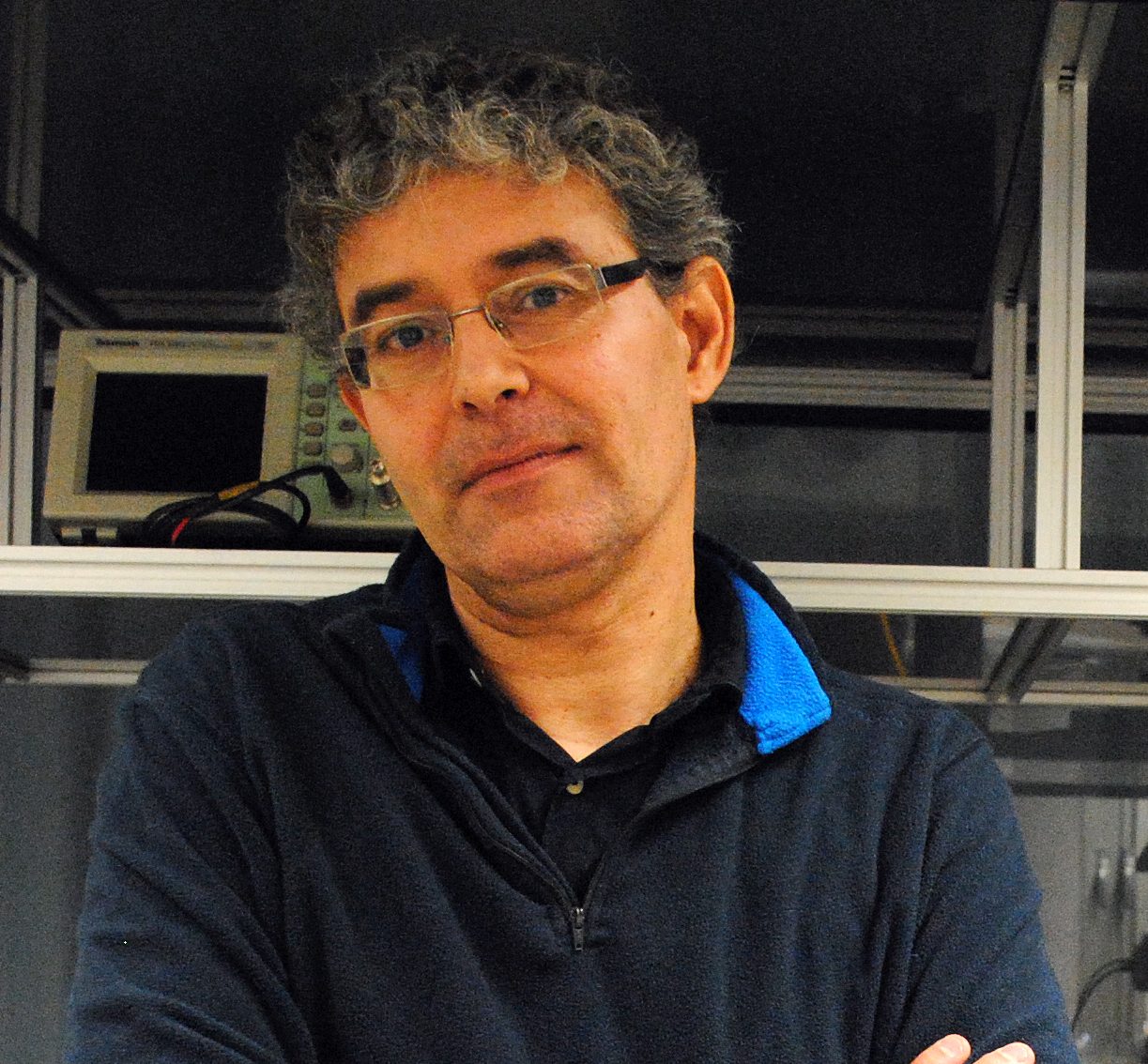 Mario Montes «Less than ten companies in the world manufacture optical tweezers, and we are one of them»

Mario Montes is a co-founder of Impetux, a spin-off of the University of Barcelona. This spin-off is one of the few companies dedicated to the manufacture of optical tweezers, a technology that has earned Arthur Ashkin the Nobel Prize in Physics and promises to revolutionise the field of cell biology.

What are the applications of optical tweezers?

Optical tweezers have different fields of application. One of them is physics, but the really revolutionary applications are in biology, which is why Arthur Ashkin has been awarded the Nobel Prize. In biology there are several areas to which it can be applied; one of the most important of these is the so-called ‘single molecule’, which allows manipulating molecules individually and stretching them one by one, to see the differences between them. This is very important to understand things like protein folding, which can lead to diseases such as Alzheimer’s disease. This field allows us to trap the protein and stretch it to see how it folds and unfolds with the aim of trying to understand this dynamic with tools that did not exist until now. This single-molecule area is very important, but we do not work on it.

And what does Impetux do?

The mechanical properties of the substrate are of enormous importance to many crucial cellular features: differentiation, migration, and the possibility of becoming cancerous. We are precisely engaged in producing the technology to study these mechanical properties of cells that are used in cell biology, tissue biology, developmental biology, embryos, and tissue engineering, among others. It is for such applications that our technology is perhaps the best in the world. Other companies are available for single-molecule applications and we do not plan to compete with them.

Simply by using light, optical tweezers are able to exert mechanical force and grab things in the microscopic world. For example, this makes it possible to trap a floating cell and move it. But it also makes it possible to enter the cell and grab things that are inside it and move them, stretch them, and see how tightly they are attached. In addition, this technique also makes it possible to measure forces, which also turns it into an experimentation system, and here is where Impetux is at its best. We have a micromechanical measuring system whose applications are much more relevant. The company’s initial patents belong to the field of force measurement systems, and offer major advantages with respect to current technologies. We apply force measurement systems, but we also manufacture the entire module and optical application system, and an entire integrated system designed to perform experiments in cell biology. The basis of the system is a research microscope, for which we have developed accessories: the electronics of the trapping system, the force meter, and the computer software that allows trapping and moving cells and making measurements. This then allows cells to be studied using physical systems that could not be studied in this way up until now.

Less than ten companies in the world manufacture optical tweezers, and we are one of them.

On which projects is Impetux currently working?

In collaboration with other centres, we are currently working on developing a technology that allows us to measure the interior of thicker materials. In the end, cells are adherent, flat, and only a few microns thick, and what we want is to be able to measure even within tissues, across many cell layers. In this way the applications would multiply. Researchers are interested in measuring these magnitudes, but they don’t have the tools to do so. We believe that our technology works, but we have to test it in much thicker systems, in which light suffers much more scattering when penetrating deeper layers. The type of applications and the type of market would then widen significantly for us. In addition, no one else has a technology capable of making these measurements. We are currently working in this direction, to make the systems simpler so that they can be sold in the biological sector, where researchers have no training in physics, and we are also working on applications for which other manufacturers lack the technology.

What does it mean for Impetux that a project on optical tweezers has won the Nobel Prize in Physics 2018?

The Nobel committee itself says that this is a science fiction application. And it is true, it seems science fiction to be able to manipulate things on this scale and to measure this type of forces with light, so there are still very few laboratories in the world that use it. It is still an elite science, and it has not yet reached the average mortal. The current market is small and specific, and most biologists still do not know the technique or dare not use it. There is a much larger market in which this technology has not yet penetrated. We think that our technology has the potential to reach a much larger pool of researchers, and we hope that with the Nobel Prize people will consider what kind of things they can do with this.

At which point is the spin-off now?

We have sold quite a bit in the United States and Germany, and also in Great Britain and Asia. In Spain we sold one at the IBEC almost a year ago, to the research group of Dr. Pere Roca-Cusach, who is known for his research on the mechanics of cancer. Now we hope to close a couple of sales in Spain as well, and we expect sales to grow next year.

It has been very hard, because the company was created in 2012, six years ago, and in all this time we have been creating the products, properly orienting them, getting to know the market, and starting to sell. Now we are carrying out a series of commercial actions on a larger scale to generate sustained sales, but getting here has cost us six years, and it has not been easy at all. We hope to be able to stabilize next year, that is, neither to lose nor to make money, and then start making profits.

How important is the creation of spin-offs at the university?

It is very important. Knowledge transfer is the third mission of the university: teaching, research, and transfer. In practice, the problem is that transfer is not valued in the same way as teaching and research. When people ask me if creating this company was worth it, I don’t know what to answer and I would have to think about it. But I am convinced that it is very important. In fact, we file a patent for everything we do in research that we believe might have commercial value, because we think it’s silly to give away things that have been paid for with public funds. If research has commercial value, publishing it without protecting it helps more developed countries and companies that already make a lot of money to take advantage of it. Once you protect it you have to make the effort to try to transfer it; what happens, however, is that we have realized that it is difficult to license a patent without all the know-how behind it. This is what happened with Impetux: we had a technology with commercial value, we patented it and tried to license it, but we couldn’t and in the end we had to create the company ourselves. Setting up a company is very hard, because you risk your own money and, as a university professor, it is not very well regarded either. Everything that you devote to the creation of a spin-off and don’t devote to the elaboration of papers harms your scientific career in some way. But well, I like this and these drawbacks don’t bother me much.

The best invention in history
The microscope

What breakthrough would you like to see?
I am looking forward to self-driving cars to buy one.

… the people who are on our side in this third mission of the university. I see the Bosch i Gimpera Foundation in the same boat as those of us who intend to carry out this third mission, fighting for more recognition for this activity.