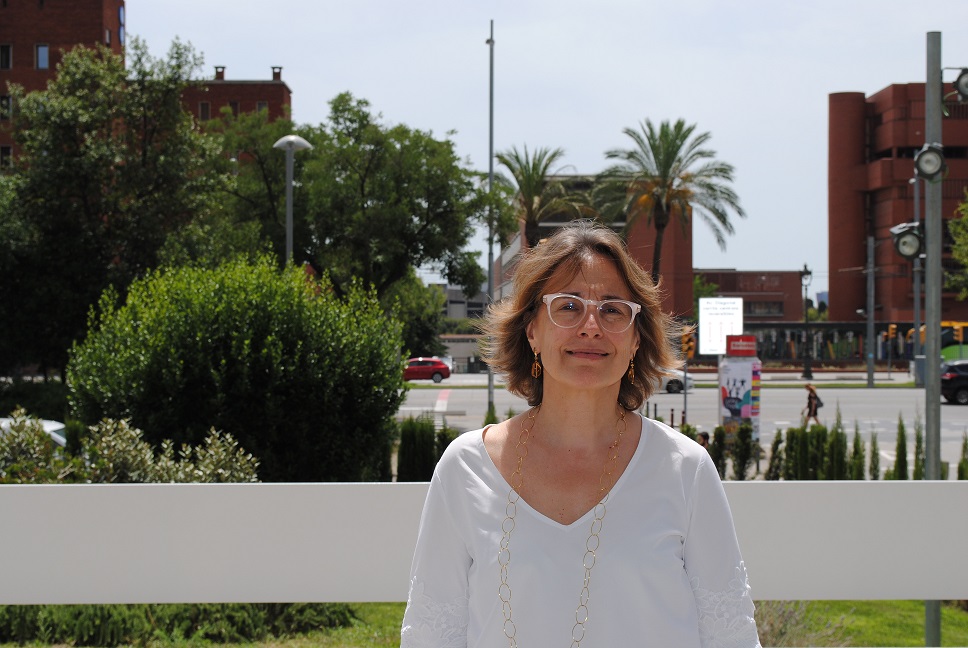 Elena Lauroba «We have made it possible for people to live longer, but not necessarily better»

Dr. Elena Lauroba, from the Faculty of Law of the University of Barcelona, takes part in the study “Towards active ageing and citizenship-centred well-being.” The project, subsidised through EIT Health, aims to guarantee the autonomy of older people by providing training methods for professionals in the field of elderly care.

What is this project about?

It is a project with a formative vocation that is linked to active ageing, to teaching how to improve the relationship with the elderly. We have focused on healthcare professionals who have to deal with elderly care, and whose knowledge is splendid but always very limited. We began to develop our action programme in 2017, and we are now waiting for approval for the 2019 programme.

In our first year, we offered training to four professional associations: psychologists, pedagogues, nurses, and lawyers. The training that these professionals received was a session in each of the other disciplines. In the summer of 2017 we also held a Summer Academy at the Palau Macaya.

This year we are focusing on the needs of individuals. In order to know each person’s interests we are experimenting with life stories. The University of Newcastle, which is one of our partners, is working on this as a research focus. In England they were pioneers in noticing that they were not listening to older people, thanks to a doctor who explained a medical situation lived by his mother. Everything went wonderfully, but after a few days his mother told him that those had been the worst days of her life. That absolute dysfunction between these two perceptions led them to begin to explore the notion that, in a way, we are infantilizing and silencing the elderly. Therefore, their voice must be restored, because this will be a key element for them to remain active. And it is very important that they remain active —indeed, it is a priority for the European Union— because that is what makes them citizens.

What improvements can be made through this study?

What we want is to provide tools for professionals who work with the elderly and who claim to lack them. Moreover, we have also realised that they feel very much on their own. Last year’s Summer Academy was a huge hit. When we saw the positive feedback we understood that it was not only because of what they were learning, but also because it made them feel less alone in their work. Thinking that they had something they could offer, not only to the sick, but also in terms of working conditions and as a group, empowers them.

The ultimate goal is always for people to age better and be better cared for, and it is to achieve this goal that we are creating this network of more fulfilled professionals.

If we focus on the users, one of the problems is that, even if they understand what a doctor is explaining to them, they don’t dare say that they don’t like it or that they had a bad experience, they feel as if they don’t have a say. We want them to be actors in the development of their own treatment and progress. After all, what is it that defines us as human beings? Language. And when do we become mute? Maybe from age 70. “Shut up, Dad, I’ll do it myself.” It is now becoming clear that this obsession that all elderly people in a nursing home should get up at 8 o’clock is a mistake… Perhaps it would be more appropriate for some to get up at 10 o’clock if they so choose. Not everyone should eat at 1.15 p.m. either, but some mechanisms should be put in place to allow them to eat between 1 p.m. and 3 p.m.

We must listen, pay attention and act accordingly. This will guarantee healthier people, and healthier people are also people who spend less on healthcare. Healthcare expenditures skyrocket from the age of 70-80 onwards, thus we have made it possible for people to live longer, but not necessarily better, and to what extent are we prolonging certain things? This is what we need to listen to.

Who are your partners?

From last year’s experience we learned how valuable cascade teaching is. The professionals who did the training felt more secure and then shared what they had learned in a way that was beneficial to all. Then we came into contact with the ICE and were very well received. At this point they are designing the product we want to offer to health professionals in November. It will be a training programme based on a specific methodology, not on a specific content: how to listen, what kind of activity you can do, how to share… It’s called transmission methodology.

How have the rights of the elderly evolved in recent years?

I would like to think that they have improved, in the sense that we are aware that they exist, although it is also true that the fragmentation of families has negatively affected them. Before, it was very clear that an extended family lived in the same house, with a variety of generations that is no longer possible today. The transformation of the family also entails a new dimension for older people. We must be confident that new technologies will play an important role in making life easier for the elderly. In the future, there may be very simple 3D printers that can provide the daily dose of medication at the push of a button. There are already some experiences in this regard with robotic caregivers, which are still in very early stages but may become a reality in fifteen years’ time, and also drones that could, for example, take out the rubbish from the homes of people with mobility problems; all this kind of stuff.

We are obsessed with knowledge transfer. We are in constant dialogue with professional associations and administrations, because we thought it useful from the very beginning. I would like to think that next year some local councils will be more involved in the project. As we explain it to them, they like it so much that they say they want to do something next year. This year, as our last activity, we are holding a Winter Academy, and we want technicians from local councils to attend so that they can establish the chain of communication and explain and use what they have learned.

The best discovery: electricity or peniciline

What would you like to see: a vaccine against malaria

A reference figure: Simone Veil, who succeeded in getting abortion legalized in France

The FBG is… a collaborator that should be very accessile, but we sometimes see as very distant. We have a number of communication and understanding gaps, but there is no lack of will, because the staff there is splendid.