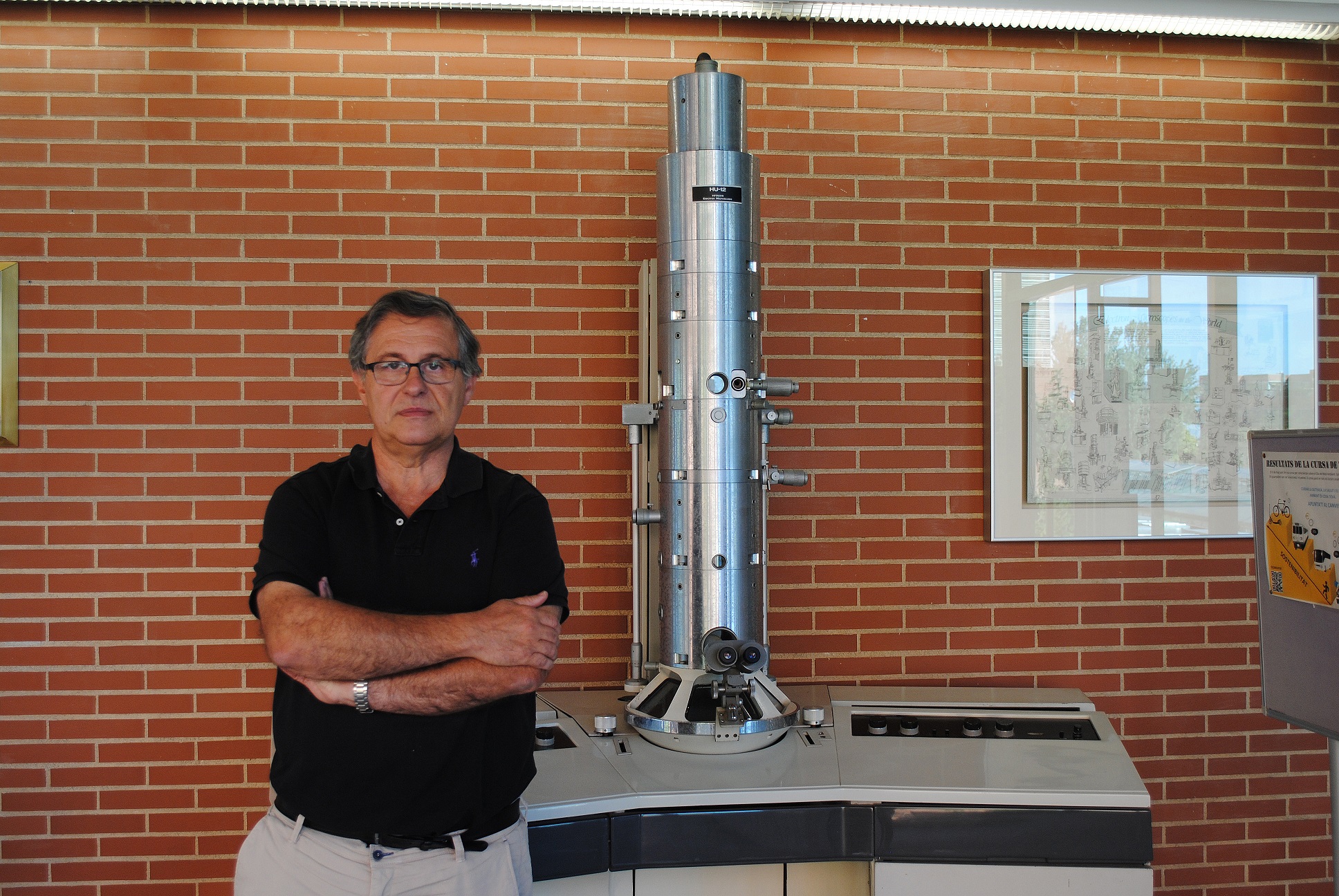 Antonio Juárez «We still use the same antibiotics as decades ago, and this has helped bacteria become resistant»

Dr. Antonio Juárez signed his first knowledge transfer contract thirty years ago, and since then he has continued to collaborate with companies and institutions in the field of microbiology. Now his research group aims to combat the antibiotic resistance of some bacteria by means of a vaccine.

What is your research group working on at the moment?

In the field of microbiology, our research group works on bacterial genetics and molecular microbiology. Basically, it is a question of studying how bacterial cells work in terms of their DNA. We study Escherichia coli and other related bacteria, namely enterobacteria, which are associated with infections. These types of microbes mainly cause two types of infections: an infection associated with food (such as the one that caused the crisis of the Spanish cucumbers in Germany) and others associated with nosocomial or hospital-acquired infections. Healthy individuals, who are not immunocompromised, are not usually susceptible to this type of infections, but in hospitals all patients who have undergone surgery or are immunocompromised are more likely to suffer such from them, and if the infection is caused by a multidrug-resistant bacterium, then treatment is difficult. Nowadays, this group of microorganisms are of great clinical interest due to the problem of antibiotic resistance.

Is there now more antibiotic resistance than before?

Several types of antibiotics have been developed over the last few decades. The problem is that if an antibiotic proves effective and cures a disease, the investment previously made to develop new antibiotics has little economic return. In contrast, drugs used to treat chronic diseases provide far greater benefits. For many years now, there has been little investment in the development of new antibiotics. And of course, if we have the same antibiotics as decades ago, by sheer evolution bacteria generate antibiotic-resistant variants. This results in a situation where the battery of antibiotics that can be used against many infections are no longer effective.

You have filed a patent in connection with this…

Yes, the goal of a vaccine is well known: to try to get an individual’s immune system to recognize a molecule as a threat and develop a defense mechanism in response to it. The concept that we have introduced in this project is a vaccine that is not directed against a protein or a molecule of a particular microbe, but against a molecule that produces bacteria that have developed resistance to antibiotics. The resistance gene is accompanied by a protein that can be recognized by the immune system. We have identified one of these proteins, which is essential for the transfer of resistance genes, and what we are trying to prove is that it can be used as a vaccine component. In this case we are not fighting against a certain type of microbe, but against any microbe that has received the resistance genes that include the production of this protein.

If we immunize the population against this protein, we will be in some way immunizing them not against one type of bacteria, but against many types of bacteria that can carry multi-resistance to antibiotics. This is the innovation, it is a plus that other vaccines do not have.

At which stage is the project at the moment?

We are now experimenting with mice, vaccinating them with this protein to demonstrate the effectiveness of the vaccine. After in vivo tests with experimental animals, the idea is to talk to the clinical sector, explain the results we have obtained and consider the possibility of experiments on humans. In fact, this will happen in the near future. It is much easier to test a vaccine than a new pharmaceutical molecule, which requires many years of experimentation. In this case we are dealing with a standard protein that should not have any toxic effect. We have to show that the body responds and synthesizes antibodies against the protein. We expect to have results in a few months.

What would be the uses of the vaccine?

Cattle are a reservoir of multi-resistant bacteria. Therefore, if we could demonstrate that this vaccine is effective and implement it, for example, in chickens or pigs, we could restrict the spread of resistant bacteria in this medium as well. This would decrease the spread of multidrug resistance both in the clinical and human environment. The idea is for the vaccine to have a veterinary application and also a clinical application with populations at risk and in hospitals. Providing monoclonal antibodies against this protein, the vaccine would allow the use of immunotherapy in the case of patients who are suffering serious infections caused by multi-resistant microorganisms that express the protein we have identified.

You have been transferring knowledge since 1989, how has knowledge transfer changed over the years?

Obviously, in 1989 there was much to be done in the field of knowledge transfer, and there is still much to be done in 2019 too, although much has certainly been accomplished. Today, TTOs are very active in promoting transfer, but there is still a wide gap between the needs of companies and the know-how of researchers, and that is the way forward. There are some companies that have generated a culture of contact with researchers, but there are many others that turn to universities or research centres exclusively when they have a technological emergency.

What is the significance of knowledge transfer?

I had my first contact with knowledge transfer in 1989 and I am still involved in it now, which shows that this is a question I have always believed in. At the research group level, at times such as the last few years, when the public funding of research was at its worst, knowledge transfer provided us with a very important source of income to pay the salaries of the researchers associated with our research group. Besides the economic benefits, and with regard to the very mission of researchers and public research centres, I think it is essential to show society that we do more than basic research: we are also capable of solving real problems of society and companies.

The best discovery in history

Penicillin; a microbiologist could not say otherwise.

That progress be made to give more life expectancy to many cancer patients, especially in cases of childhood cancer.

The advancement that scares you the most

The manipulation of human genomic data. Genomic mapping and the possibility of predictions of life expectancy, people’s potential, etc.

an entity that fulfils an essential function for the University of Barcelona, that is, facilitating technology transfer. In spite of the existing difficulties, it efficiently performs its task, although it undoubtedly needs many more resources to optimise this type of processes.