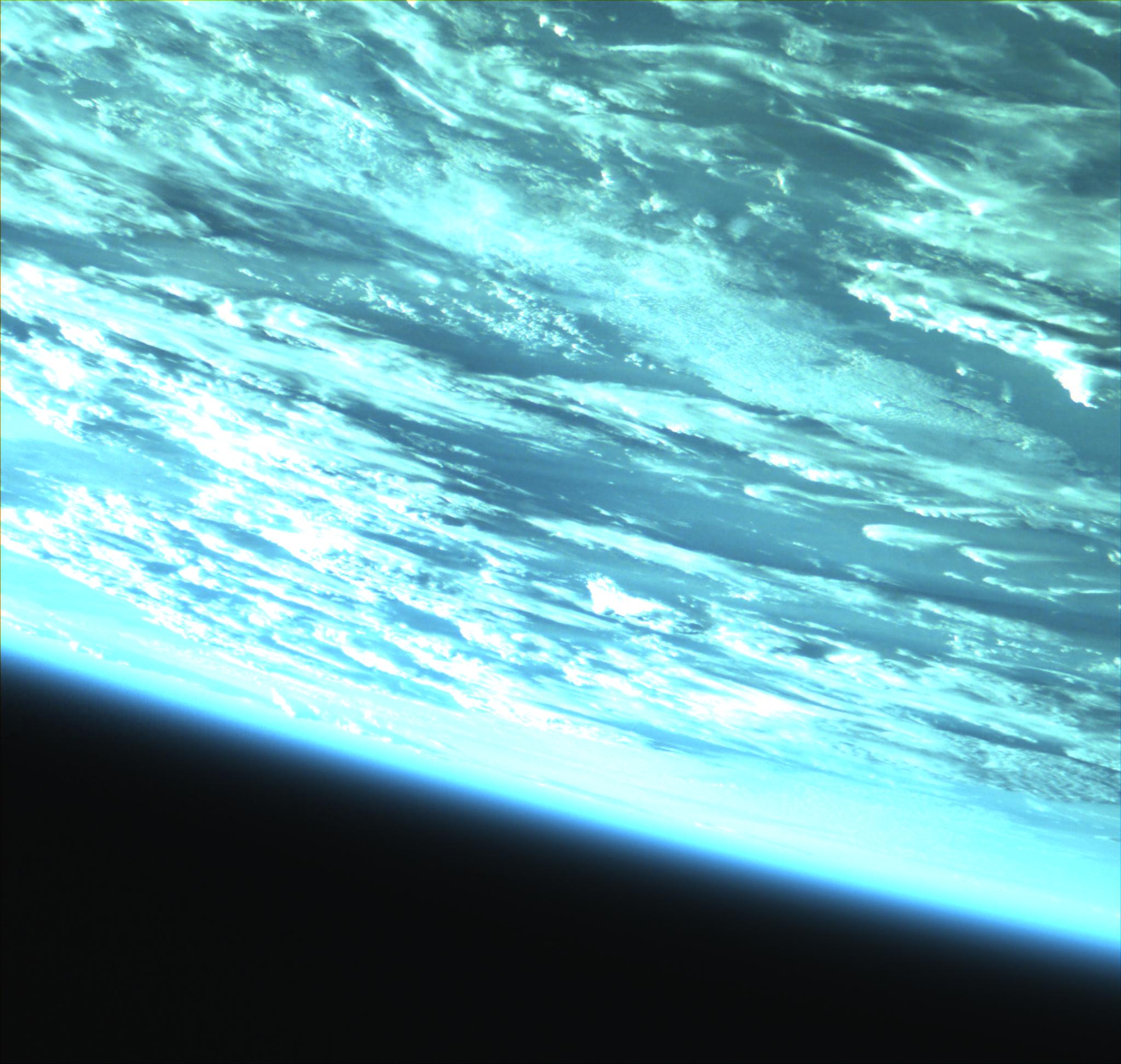 On 18 December 2019, a space launcher carrying the European Space Agency’s (ESA) OPS-SAT nanosatellite, a space laboratory created with the aim of testing and validating new mission control techniques and on-board satellite systems, lifted off from French Guiana. The FAPEC software —developed by DAPCOM Data Services, a spin-off of the University of Barcelona (UB) and the Polytechnic University of Catalonia (UPC)— was one of the first applications integrated into this experimental nanosatellite to be successfully tested. FAPEC is a data compression solution that has made it possible to download numerous colour, high-dynamic-range (12 bits per pixel) images of the Earth obtained from space, with a resolution of 4 megapixels. Each of these images weighs 7.6 MB, which is compressed to about 800 KB in less than a second. These results show the capabilities of this software to considerably improve image quality and open up new possibilities for Earth observation nanosatellites, as they will allow future satellites to download more images more efficiently and reliably.

“The initial results of DAPCOM Data Services are amazing,” says ESA’s OPS-SAT project manager David Evans. “We didn’t expect to produce such fantastic images with the OPS-SAT camera, and DAPCOM’s innovation will help us download many more images, many times.”

Larger satellites use specialised hardware to compress image data for transmission to Earth while maintaining high image quality. These expensive hardware systems require long development and validation times, as well as physical space on board, which is a problem for nanosatellites of the CubeSats type, such as OPS-SAT, which are only a few centimetres in size and weigh less than 10 kilograms. “Until now, in these cases, we used to rely on standard data compressors such as JPEG, but these have not proved very robust in critical environments such as space, and they do not hold up well to potential data corruption caused by problems in the radio link,” explains Jordi Portell, chief technology officer at DAPCOM Data Services and researcher at the UB’s Institute of Cosmos Sciences (ICCUB).

“The FAPEC software,” continues Portell, “highly optimised, versatile, and portable, allows for agile integration into the payload data management system, while offering compression performance comparable to hardware-based solutions. Even satellites with only an on-board computer, without high-performance systems, can use it. Furthermore, this process is achieved at a lower computational cost than that required by other similar software solutions.”

First successful experiment on board OPS-SAT

FAPEC was the first non-ESA user experiment to be activated on board OPS-SAT, which achieved two important objectives. First, it showed the feasibility of new experiments on board this technology demonstration mission. Secondly, thanks to collaboration with experts from ESA and OPS-SAT, this software is now available to other experimenters who need to download images or other satellite data. “Our goal is for FAPEC to become a de facto standard for nanosatellites, as its versatility, simplicity, robustness and efficiency make it an ideal, fast and low-cost solution for future missions,” says Jordi Portell.

According to this researcher, these results demonstrate the robustness and efficiency of FAPEC, and make it ‘ideal’ for the so-called NewSpace, a term that refers to the democratisation of space and the aerospace industry thanks to the use of satellites such as OPS-SAT, which are smaller, cheaper, and take less time to develop than current satellites, and are usually based on standard technology. “These characteristics represent a paradigm shift in the way space missions are developed, and will boost the use of their services by many more actors, both in vertical and cross-cutting applications in various productive sectors,” explains Jordi Portell. In fact, the Government of Catalonia, through its Department of Digital Policies and Public Administration, has already begun to invest in this sector through the Catalan NewSpace Strategy.

An important part of the Gaia mission

FAPEC’s image compression capabilities had not been tested in orbit until now, but the software is already being used by a commercial constellation of satellites to compress on-board payload data. In fact, the software was conceived within the framework of the ESA’s Gaia mission, which aims to produce a three-dimensional map of the Milky Way. The Gaia group at ICCUB / IEEC plays an essential role in the data processing of this mission, and FAPEC has been used to compress the mission’s second and third catalogues, which include the position of 1.7 billion stars as well as data on the distance, motion, and colour of more than 1.3 billion stars in the Milky Way and other nearby galaxies. Thanks to software created by DAPCOM Data Services, the catalogue has been compressed from the original 554 GB (in gzip format) to 471 GB.

FAPEC can also be applied to the compression of a wide variety of data types, as it supports binary and text files (such as application logs and large CSV files) with time series, multidimensional matrices, and images with various colour bands and specific formats. Thus, in addition to the space sector, it can be used in a wide variety of fields, such as medicine, with data from magnetic resonance imaging and genomics (fastq files) or with water column data recorded by seabed acoustic probes..

In addition, besides offering a high data compression capability, FAPEC has other advantages, namely high speed of execution, data encryption, statistic output, an ability to run on almost any computing platform, and an ability to adapt to other specific types of data, such as a given scientific experiment, a sensor, or a camera.

Images obtained by OPS-SAT are published regularly and are available on Flickr.