The Drinking Water Library project, funded by the Retos-Colaboración 2015 (RTC-2015-4496-2) programme, concluded on 31 December last after three years of intense work. The project consortium consisted of three partners: Aigües de Barcelona, the Bosch i Gimpera Foundation —through the research group MARS (Health-Related Water Microbiology) of the University of Barcelona— and the University of Valencia —through the Spanish Type Culture Collection (CECT).

The Drinking Water Library (DWL) database is the result of the project, a library of MALDI-TOF MS profiles for the identification of bacteria present in drinking water, generated using Microflex (Bruker) equipment and compatible with Biotyper software. The database includes the profiles of 320 strains, all of them accessible through the CECT: 199 resulted from the collection itself (the majority of which comes from drinking water) and 121 from process water, distribution networks, bottled water and springs, which add up to a total of 3,809 isolates analysed during the project.

In addition, the project has facilitated the qualification of the Microbiology Laboratory of Aigües de Barcelona for the identification of bacteria in drinking water using MALDI-TOF MS technology. The Laboratory has the equipment, as well as experience in its use and in the generation of the DWL database, which expands the database available from Bruker, thereby improving the probability of identifying bacteria in drinking water.

The RETOS-Colaboración call requires these logos to be included in any promotional material related to the project: 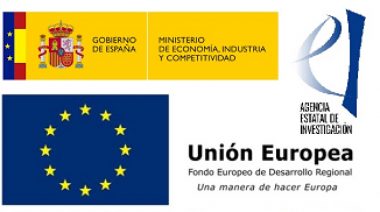