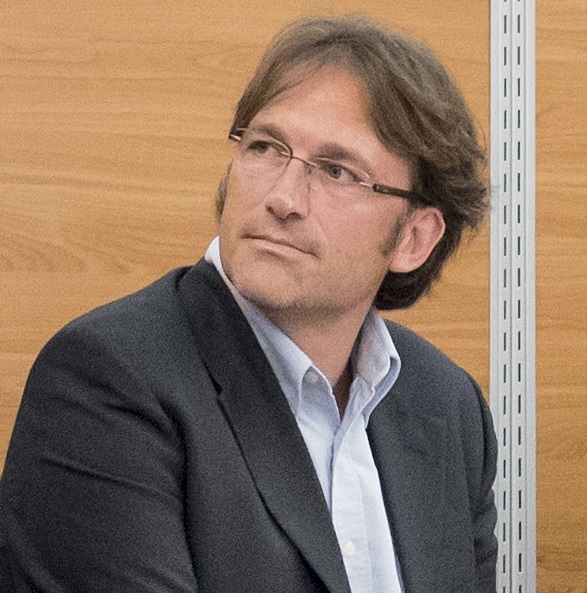 The project to ‘awaken the trees’ developed by the research group Antiox, from the Faculty of Biology, in collaboration with the company Biovert has achieved a place among the best university-industry experiences in the 2016 Atlas of Innovation in Catalonia. Sergi Munné, a specialist in plant physiology, leads this research group of the University of Barcelona.

What do you mean by ‘awakening the trees’?

It is a metaphor. Cherries come from flowers, which, in turn, come from flower buds. These buds are dormant during the winter and wake up in the spring. This is what the awakening of trees refers to. The idea was to develop a new product that would cause flower buds to break dormancy in a uniform way: if all the flowers came out at once, all the fruits would also ripen simultaneously, and all the trees could then be harvested at the same time. This would yield a crop as uniform and productive as possible.

In what other projects does ANTIOX work?

At our department, we work on two completely different research lines. The first one belongs to the field of plant ecology, and studies how plants respond to environmental stress (drought, extreme temperatures, radiation …) by means of basic research. The other research line, which we call Antiox Agrifood Biotech, is related to plant physiology in the area of food agriculture and biotechnology. It is there that we carry out more knowledge transfer projects in collaboration with companies. These two lines seem to be far away, but in truth they are often quite close.

What do you think about knowledge transfer?

It is very important for universities to transfer the knowledge they generate, to make sure it does not end up only in scientific papers but that it also reaches society. Researchers who have completed their doctoral theses at the university and then work in a company also involve a form of knowledge transfer. It is a way of bringing these two closely related worlds together. From the point of view of funding, things are in too bad a shape right now to exclusively focus on basic research.

The key to the future is combining the two. Basic knowledge makes possible innovation in the long term, and innovation brings about the generation of more basic knowledge. One feeds the other. The future depends on trying to make a university that is partly devoted to innovation and to carry out joint projects with companies, but is at the same time based on basic research. If we lose basic research, the university will lose its role as generator and transmitter of knowledge.

How can this relationship between university and companies be enhanced?

Researchers need to be externally managed to bring them closer to the business world. Knowing how to do this is often as important as informing people of what tools the university provides to do so. Ideally, a company should have its own R & D department formed by university-trained people, because in this way we would be transferring human capital. I like this option much more than collaborative projects between universities and companies.

How do you see the situation of innovation in Catalonia compared to that of other countries?

I think that we should stop dicussing whether or not we are the best Spanish university and start comparing ourselves with other European centres. To me, it is not important whether we are the first Spanish university or not if we rank lower than the top hundred universities worldwide. We must try to be competitive with the Germans, the French, the British, the Americans … This is yet to happen from the point of view of knowledge transfer: Spain needs to transfer more knowledge abroad. There are people who are already doing it, but mostly through European projects. We have to try to get a German company not to prefer a French or a Danish partner, but to also look favorably on an Italian or Spanish partner.

Trait you most deplore in a reseracher:
Envy is probably the most damaging trait in the university world. Overall, envy is a quite harmful human feeling.

The best invention in history:
Writing; without it we would not be able to communicate anything we do.

The worst invention in history:
The atomic bomb, which, in addition, derives from scientific knowledge.