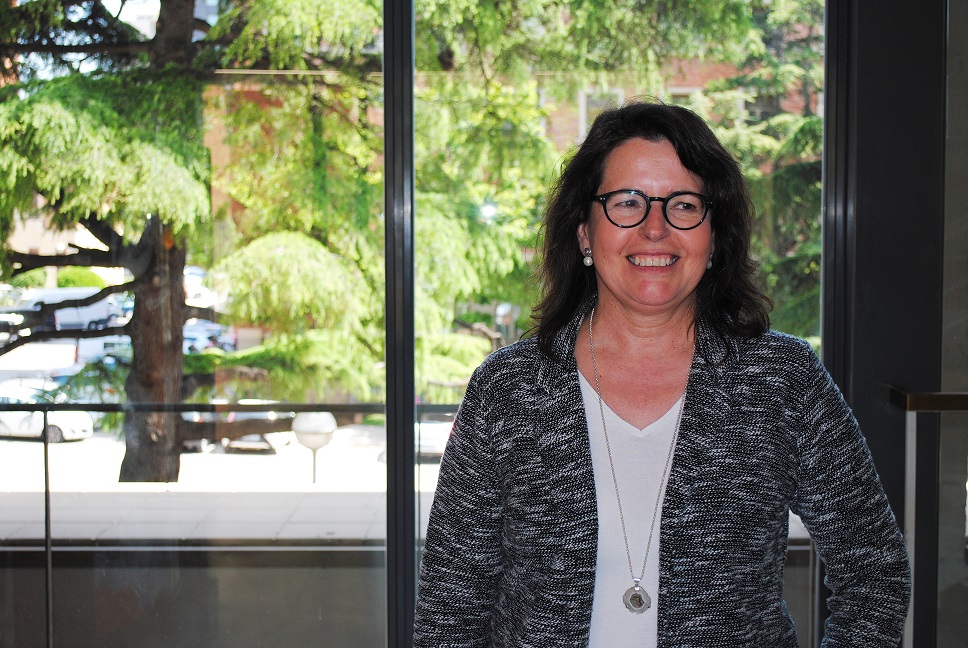 Rosina Girones «Until recently, we didn’t have standard techniques to see whether food was virus-free or not»

Rosina Girones leads the Laboratory of Virus Contaminants of Water and Food (VIRCONT) of the Faculty of Biology of the University of Barcelona. The group is working on the development of methods to control and understand the origin of viruses and bacteria that contaminate the environment, water, and food and cause multiple diseases in humans and animals.

What is VIRCONT working on?

We study viruses from both an environmental point of view and as contaminants with the aim to prevent food and waterborne infections. Our main interest lies in human viruses, but we have also studied animal viruses and are currently exploring some plant pathogens. This means developing methods to control pollution, to identify its origin and to be able to take corrective action and improve its management. In this regard, we have worked with bathing water (rivers, beaches, and so on), groundwater, and many drinking water and wastewater treatment plants.

Now we are working a lot on metagenomics, a very interesting area that we like very much, because it gives us a description of a lot of pathogens that we wouldn’t normally look for specifically—because it is impossible—of what is circulating among the population, of possible risks, and of emerging strains. Millions of data are being generated in different laboratories, and we aren’t analysing them because there is no time to do so; but we can use metagenomics as a system to monitor which viruses are circulating and store them in a database. It is no longer necessary to store viruses in a tube as we used to; we now store all these sequences so that we’ll have a large database for the future.

What is the current trend of these specific viruses?

Climate change is forcing us to reuse water in agriculture, and that is why we have also worked hard to study virus disinfection techniques in wastewater plants. We have just completed the Metawater project for the study of irrigation water in Europe, which we have coordinated. One of the main routes of contamination and transmission of these viral and other microbiological infections is precisely irrigation water, which affects food security.

We have less and less water, especially in arid countries, and that means that we need to reuse more of it. This carries risks, and if we do not work very rigorously to establish feasible and efficient controls on the contamination of the water we reuse, this could result in an increase in these kind of problems.

How can these viruses affect society?

Years ago we saw that the hepatitis E virus is in circulation here. People thought that hepatitis E was only found among people travelling to countries with poor sanitation, but we saw that this was not the case: this virus is present in wastewater. People do not know that they should not eat raw pork, that it needs to be cooked because it can carry the virus. For years we have been studying clinical cases with medical teams from Vall d’Hebron, and in the last few cases the people affected liked to eat uncooked sausage meat. People are very familiar with eggs and salmonella, with chicken… but they know almost nothing about hepatitis E. The EFSA has published an updated report on hepatitis E, and the next steps will be to disseminate it so that people are properly informed, and to finish assessing exactly which products carry hepatitis E. Fortunately, most of the circulating viruses cause subclinical infections, which our immune system destroys before we show symptoms, but hepatitis E poses a major danger to immunosuppressed people.

It is hard to believe how advanced we are in areas such as aerospace or military technology, for example, and yet until very recently we have not had standard techniques to determine whether food carries one of the two most troublesome viruses: the hepatitis A virus and Norovirus. We still have a lot of work to do to improve food control, especially with regard to viruses, as bacteria have been more extensively studied.

In recent years, has water pollution improved or worsened?

I did my doctoral thesis on water pollution, and at the time the situation was much worse than it is now. The River Besòs was practically a sewer, the River Llobregat was in a pitiful state… I remember going on fieldtrips to collect water samples and seeing a dead cow floating down the river, as well as condoms and all sorts of things. This is one of the positive things that EU membership has brought about, as a lot of money has been invested in complying with European wastewater treatment regulations. In Spain, hepatitis A was endemic, and there was a lot of hepatitis A in wastewater. We have frozen wastewater from those years, and we have seen that, with improved sanitation, the amount of hepatitis A virus in wastewater has dropped dramatically. In contrast, the presence of the hepatitis E virus has not decreased much, because this cannot be solved with better sanitation, as it is the pigs that introduce new strains into the population.

One of our main objectives, besides generating knowledge, is to be useful to society, and therefore it is essential to collaborate with companies. We have worked with water companies to help them analyse the efficiency of their plants, to look for more effective disinfection treatments and to develop new solutions.

We also have another way of being useful to society, which is to work with NGOs. We have been working with Oxfam on a number of different projects for many years. There are simple systems for detecting E. coli, but they had problems with detecting hepatitis E, which causes major outbreaks in refugee camps without them knowing the origin or which water is contaminated. We have worked with them in several studies, and especially Laura Guerrero, who did her thesis in the Laboratory, and other members of the group, such as Silvia Bofill, have developed a portable, low-cost suitcase that works independently of the electrical network and includes all the necessary equipment to detect and characterize viral pathogens.

We have also worked using pottery, especially Laura Guerrero, who has carried on working on the project in Ecuador, to generate filters that contribute both to the economic development of the area and to water treatment. We compared different types of pottery with a potter from the Costa Brava, Josep Matés, and made prototypes with black pottery (which is fired without oxygen in a sealed kiln), and found that they worked much better than white pottery when it came to eliminating viruses. It is a kind of test that filters out bacteria and causes many viruses to be trapped by electrostatic bonds. This has been going on in other countries for a long time now, and what we were trying to do was to improve it, to look for ways to use the materials they have there so that they can manufacture this kind of pottery.

A scientific role model:
Robert H. Purcell was one of the discoverers of the hepatitis A virus and has patented a hepatitis E vaccine. He is a role model for his extraordinary knowledge of the viruses that cause hepatitis and for his honesty, his opinion is always a solid reference for scientists in the field.

The best advancement in history:
Vaccines.

The advancement you would like to see:
I would like to see an atmosphere of greater trust between society and scientists. This is an essential first step to enable scientists to make advances that impact on society. For example, there has been a lot of progress in vaccines and now they are not being used, because that trust has been broken and there are people who do not value the expertise of the scientific community at all. I am concerned that progress may be made and then not implemented because people do not believe in it.

The FBG…
… provides support for the economic management of projects, especially those funded by European grants, and also for the management of patents.