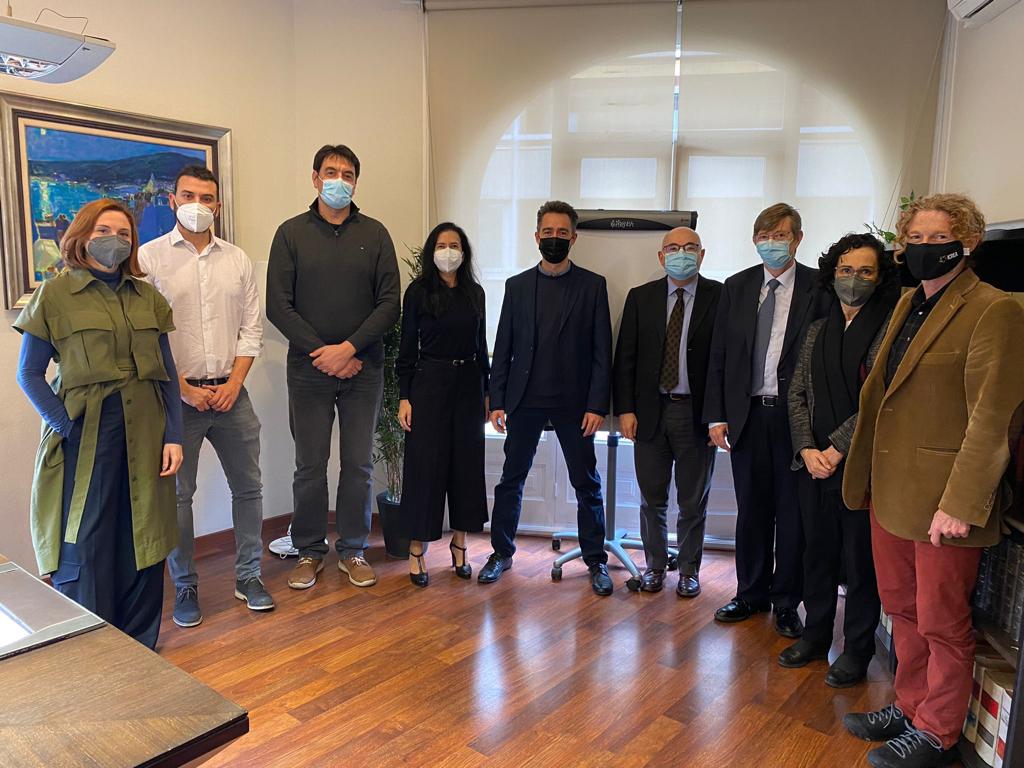 New spin off company ONIRIA Therapeutics founded by VHIO, UB and ICREA, with the support of “la Caixa”, AECC and ISCIII, sets out to counteract cancer resistance & combat disease relapse

The Vall d’Hebron Institute of Oncology (VHIO), Universidad de Barcelona (UB), and the ICREA Catalan Institution for Research and Advanced Studies (ICREA), have joined forces and founded a new spin off, ONIRIA Therapeutics.

Among various ongoing projects, the spin off’s most advanced agent is a first-in-class molecule, ONR-001, that allosterically activates the TET2 master epigenetic enzyme, causing tumor cells to enter a dormant state and even die. TET2 is a major orchestrator of the epigenome that governs the global gene expression pattern of cancer cells, capable of sending them to sleep without sacrificing their malignant status.

ONIRIA Therapeutics has already secured patent protection for its TET2 modulators and demonstrated efficacy in preclinical animal models by showing that ONR-001 promotes and sustains cancer cell dormancy and even causes cell death upon prolonged treatment. The investigators are now evaluating the efficacy of ONR-001 in several hematologic and solid tumor types, honing in on those cancers that are hypermethylated as a consequence of TET2 loss-of-function.

“While we are increasingly delivering on the true promise of precision medicine in oncology, two major challenges that hamper progress in improving outcomes for patients are resistance to therapy and disease recurrence. ONIRIA strives to combat dormant tumor cells, counteract treatment resistance and prevent the regression and progression of disease,” said Héctor G. Palmer.

“At VHIO we are devoted to translating our research into improved clinical outcomes for the direct benefit of cancer patients. To do so, the creation of spin off companies is instrumental in developing potential new treatment avenues discovered in the laboratory, and further accelerating our drug discovery efforts,” added Josep Tabernero.

The paradox of dormant tumor cells

Cancer cells have acquired all the necessary alterations to grow and multiply in an uncontrolled manner. However, certain molecular mechanisms can force them to enter into a slumber.

“These dormant tumor cells can persist undetected as treatment-resistant seeds and disperse in other parts of the body in patients thought to be cured. Eventually they reactivate and grow, triggered by factors that we don’t completely understand, and behave like cancer stem cells, regenerating the original tumor,” observed Isabel Puig, a Senior Investigator of Héctor G. Palmer’s lab, and ONIRIA’s Scientific Advisor for new therapeutic targets.

Over the past few years, research directed by Héctor G. Palmer has culminated in the development and refinement of their approach to identify, isolate and analyze DTCs. His group uncovered their central role in disease relapse, and discovered that TET2 is a key factor ruling their underlying biology.

This original research*, showed TET2 to be a promising novel drug-target as a strategy to eliminate these cells, and that 5-Hydroxymethylcytosine (5hmC), generated by TET2, can be utilized as a biomarker for chemoresistant DTC detection and a predictor of worse survival.

“Most importantly, by previously exposing TET2 as the Achilles heel of DTCs, we are now pioneering novel inhibitors to block this enzyme activity toward combating treatment resistance and preventing cancer recurrence,” concluded Héctor G. Palmer.