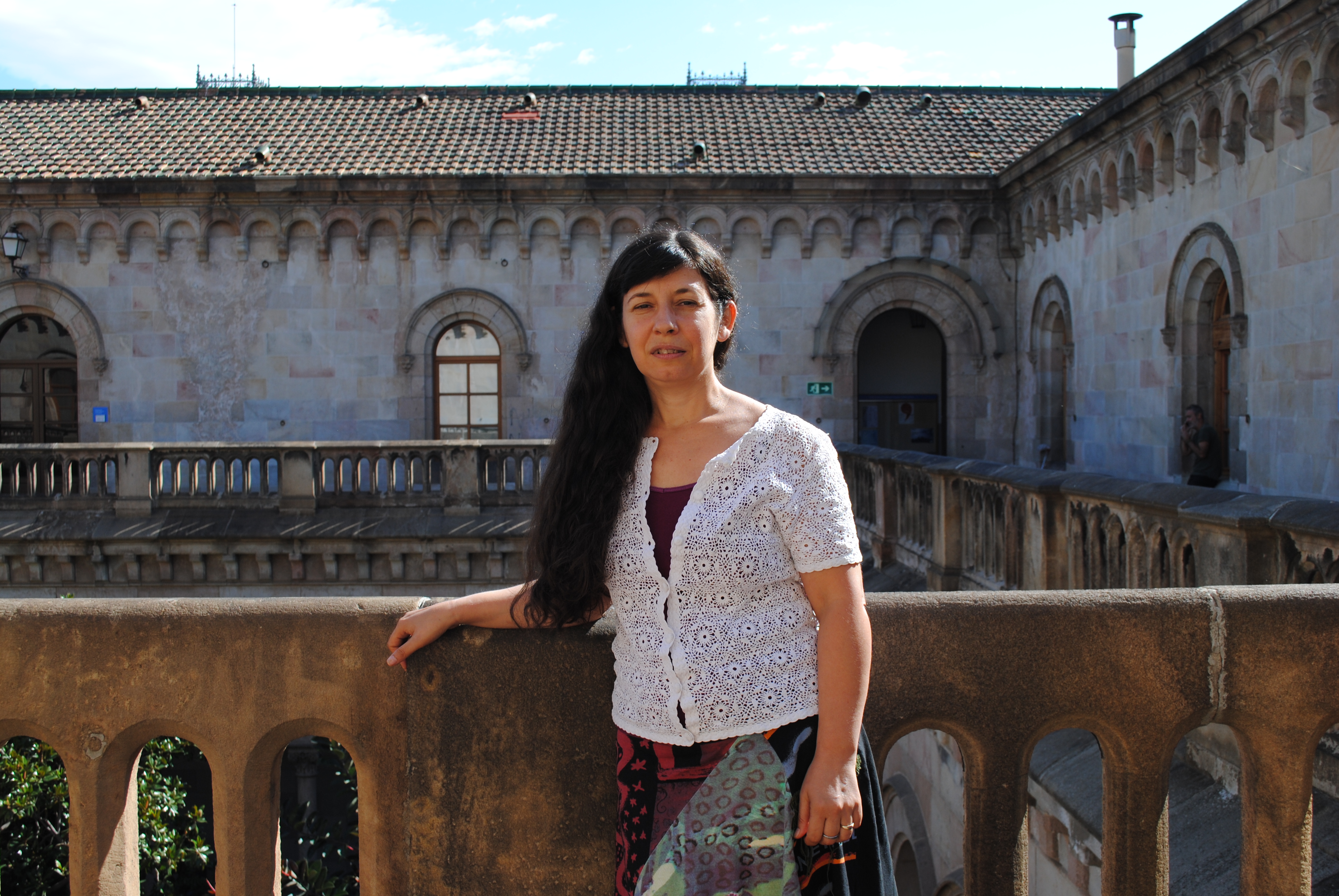 Mireia Ribera «Technology should adapt to people, not the other way around»

Mireia Ribera leads Adaptabit, a research group devoted to digital accessibility in teaching, research, and teaching innovation at the Faculty of Mathematics and Computer Sciences of the University of Barcelona. The aim of the group is to make the information on the internet accessible to all.

What is the specific purpose of Adaptabit?

Most often technology forces people to adapt. In contrast, Adaptabit wants technology to suit people. Hence its name: we adapt bits. Basically we have focused on digital information, namely, websites and digital documents.

How can information be made available to everyone?

In the case of videos, which have now become a very popular channel for the distribution of information, the most common way of making them available to deaf people, for instance, is with special subtitles that also contain descriptions of all the audio. For the visually impaired it is necessary to include audio descriptions, that is, a voice-over narrating what happens in each scene.

In the case of people with dyslexia, for example, they need to be able to transform font types, increase line spacing, and listening to a voice-over, whereas people with cognitive difficulties need a specific drafting and structuring of messages.

What is the actual situation of these groups in the digital world nowadays?

The situation has improved a lot, and we are moving forward, but there is still much work to be done. The problem remains the lack of awareness of these specific needs. Often, when new technologies appear, they do not take these needs into account. Unfortunately, it is usually an afterthought: all accessibility requirements are added later on, even though it would make much more sense to implement them from the very beginning. I believe, however, that things are also looking up in this regard.

How do you get this message across to companies?

We have mostly focused on public institutions, because the legislation on accessibility currently in force in Spain especially affects their websites, but also those of large utility companies. In addition, businesspeople are usually unaware of this legislation that forces them to implement certain accessibility requirements, and once they learn about it, they do not know how to put it into practice either. We offer advice on legal requirements, that is, on which they must necessarily meet, and then tell them how to implement these requirements both on their website and in digital documents. Sometimes we also provide training so that they know how to get these documents done properly. Furthermore, we have also influenced some companies that not only wanted to incorporate accessibility requirements in their websites and documents, but also to learn how to direct their designs to users. Our tests with real users surprise and open the eyes of many developers.

Is Spain at the tail end of Europe in this regard?

Not regarding our legislation, curiously enough. Here the legislation was ahead of society; thus, in 2007 our legislation was much more advanced than that in other countries. The negative part, however, is that there is a gap between regulations and actual compliance. In fact, the regulations of 2007 are not fulfilled, and that means that society is five years behind with respect to other countries with regulations that do not only affect public institutions and large companies, but all companies without exception. It might still take us a few years to reach the level of accessibility requirements of England.

I believe that the University deals with knowledge transfer in two different ways. On the one hand, we have trained many students who are now working and thus influencing the incorporation of accessibility and usability criteria. On the other, through Adaptabit we have brought many international regulations to the Catalan context. For example, we translated the main website accessibility regulations, and produced guidebooks on how to make accessible educational documents that have been adopted by all universities and institutes. In this area, the University does an important job of raising awareness, which maybe sometimes does not have a direct impact, but nonetheless informs society about all this. Finally, advising companies and institutions through knowledge transfer is a very direct task. I believe that all these actions are important to convey these needs and requirements and thus generate an impact on society.

A scientific reference figure: The most renowned is probably the inventor of the World Wide Web, Tim Berners-Lee. He created it because he wanted information to reach everyone in an inclusive way.

The best invention in history: I’m really fond of the fact that there is a whole line of search for people with disabilities who, being in an extreme situation, are usually more creative when thinking about technology. The typewriter was created thanks to a blind person who needed to write, and the GPS and all associated voice-over technologies are the result of knowledge transference from the world of disability. This is a constant trend: solutions meant for a specific group that are then applied to the rest of society.

The FBG is … an opportunity to work with companies and to transfer knowledge through the UB.