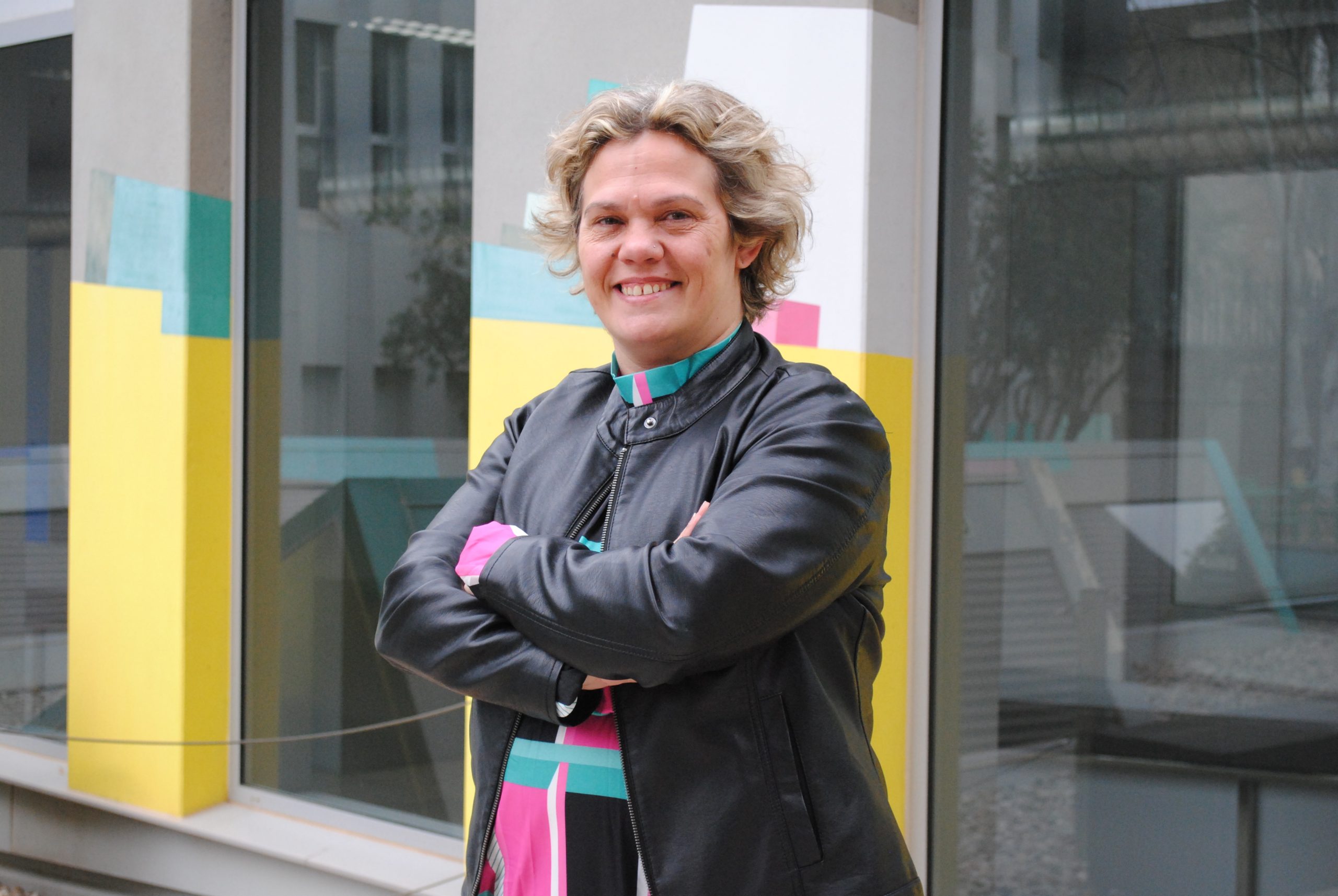 Meritxell Teixidó: “Many drugs do not reach the brain, and Gate2Brain’s technology helps to overcome this bottleneck”

Meritxell Teixidó is passionate about her work and her current project. Her 15 years of research on peptides –a type of molecule– at IRB Barcelona prepared her to create Gate2Brain and become its CEO. She did not want to settle down in the research world, and having supervised ten doctoral dissertations, she decided to go one step further. In 2020, in the midst of the pandemic, Gate2Brain was born as a spin-off of the University of Barcelona, IRB Barcelona and the Sant Joan de Déu Research Institute – Sant Joan de Déu Hospital.

What is the technology developed by Gate2Brain?

Gate2Brain’s technology is the result of fifteen years of research at IRB Barcelona, and more specifically, of ten co-supervised doctoral dissertations. It is a technology based on peptides, very small proteins. The best way to describe them is as tractors that know how to reach the brain and can haul drugs –like a sort of trailer– that other researchers are developing and that fail to reach the brain on their own. One in four people will need some kind of brain treatment in their lifetime, whether for Alzheimer’s, Parkinson’s or other disorders. There are a lot of drugs that don’t reach the brain, and Gate2Brain’s technology helps to overcome this bottleneck.

Before creating Gate2Brain you worked with the Sant Joan de Déu Hospital.

We have three families of peptides that display the ability I just mentioned, and which we have already patented. We had to look for therapeutic validation, and we started working with the Sant Joan de Déu Hospital a few years before creating Gate2Brain. We chose a paediatric tumour that already had a drug (the ‘trailer’ so to speak), but lacked a ‘tractor.’

What are the applications of this technology?

Delivering drugs to the brain to treat Alzheimer’s, Parkinson’s, bipolar disorder, and schizophrenia, among others. It’s a long list. Gate2Brain’s technology improves the efficacy of these drugs, or allows for a lower dosage, making them more efficient and reducing side effects for the patient.

You mentioned earlier that Gate2Brain is the result of fifteen years of research and ten doctoral dissertations. What has that journey been like?

Our starting point was a dogma: peptides cannot cross the blood-brain barrier. Initial research was aimed at finding out whether this dogma was true or not, and as soon as we started we discovered that there was a peptide that did cross the barrier, and that, moreover, there are others in nature that also do so. During the process of development and co-supervision of the dissertations, we opened up several fronts, ranging from where we could obtain these peptides to studying whether we could incorporate them into a virus in order to implement gene therapy. These ten dissertations were the seed of Gate2Brain, of a team that wanted to develop a technology to improve the lives of people suffering from a brain disease and their families, but then each of the doctoral students I supervised opted for a different career path: one is a university lecturer, another is working on patents, and one even works as a chemist at the Celler de Can Roca.

You said that you found a first clue in nature when it came to breaking the dogma of peptides not crossing the blood-brain barrier.

We studied the case of bees. There is a peptide, apamin, which can be found in bee venom. This peptide uses a very efficient mode of transport, and has a structure that gives it some very interesting characteristics. Normal peptides last about fifteen minutes in the bloodstream, whereas bee-derived peptides last about twelve hours. They are more resistant and therefore there is more potential to use them as tractors. We don’t use bee venom or bee peptides, but we do see it as a model.

After such a long journey, why did you decide to create a spin-off?

We first patented three tractor peptide families while we were doing research and publishing. And I really wanted to follow the technology as far as it would go. Hopefully we will reach the clinical trial stage, and why not dream of curing a child? Ernest Giralt and I had co-led all the research. He was the head of the Design, Synthesis and Structure of Peptides and Proteins Laboratory at IRB and was about to retire. Then, we planned to close the lab to make way for Gate2Brain, which was created in July 2020.

You were a researcher at IRB, and had spent many years in a laboratory. Did you need further training to start this venture?

When we started the therapeutic validation with the Sant Joan de Déu Hospital, I started training to become the CEO and CSO of Gate2Brain. In addition, we set up a very multidisciplinary team from scratch, in which not all of us were researchers. To be CEO often means to be a one-woman orchestra with many open fronts. Gate2Brain is a company that has taken me out of my comfort zone, allowing me to learn and grow. Creating a spin-off involves coming to the end of a cycle. There is a moment when you consider whether you want to supervise ten more dissertations or to go even further.

Why do you think this kind of knowledge transfer is important?

Because of who I am as a researcher, it would have been very difficult for me to produce a dissertation that was far removed from a real application. I didn’t want all these years of research to end with a publication and four conferences. Among the founders, we always say that if we manage to cure a child thanks to Gate2Brain’s technology, all the effort of all these years will have been worth it.

Science, also understood as the ability to observe. Fire was the first scientific experiment, because someone observed that something was happening and then found applications for it, such as providing heat and light.

For science to never lose sight of its goal of making the world better, more inclusive and more accommodating to everyone’s diversity.

One future advancement that scares you

I fear that we humans might become so cold that we could ourselves be replaced by an advancement.

My mother. It sounds somewhat clichéd, but my mother studied biology and pharmacy. She is now 74 years old. She has always taught us to dream big, and when I told her I was going to create Gate2Brain, her response was: “It was long overdue.”

It is another actor that helps knowledge transfer. Universities and institutes need this kind of partner, someone to accompany them and help them take the plunge.