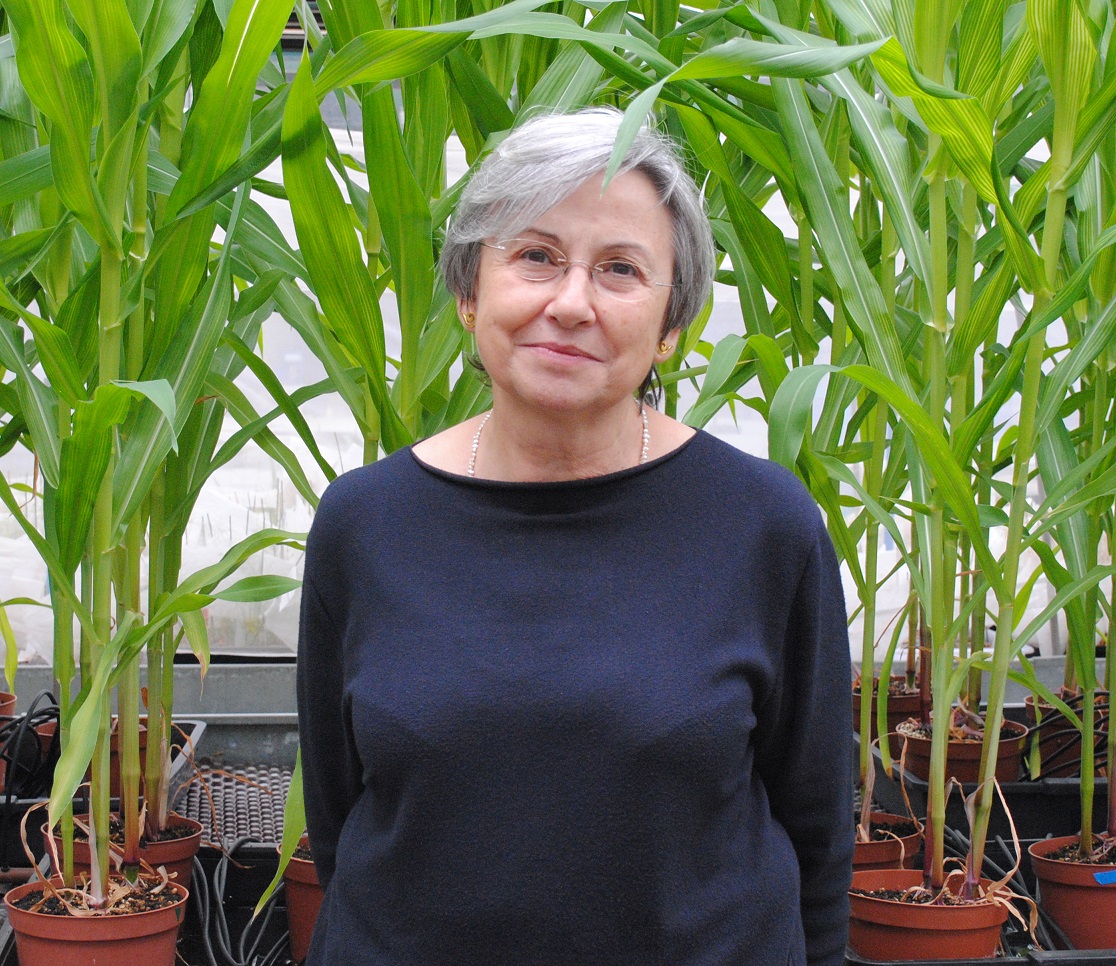 Maribel Trillas, co-founder of Biocontrol Technologies, was one of the twelve finalists for the European Women’s Innovation Awards 2017. This spin-off of the University of Barcelona is dedicated to the development of natural microorganisms for use as biological control agents for crop diseases.

Do you think that Spain is a country of innovative women?

That’s what last year’s result seems to suggest. There were four Spanish women among the finalists. However, no one knew that we were so many, we only discovered it once in Brussels.

I experienced different reactions in my Faculty. People whom I would normally just greet, hugged me. “How brave!” they said. Others were dying of envy. Someone told me that I had been lucky … If a man wins a prize is because he is brilliant, but if a woman wins, it is because she was lucky … No way, my friend! I think that there is an intention to look for models of entrepreneurial and innovative women behind this award, so that when someone thinks of the role of a leader, they can also think of a woman.

When you were studying biology, did you ever think about creating a business?

No. Some people are already born knowing that they will start a company. I did not. I had the opportunity to go to the United States with a scholarship and there I started working on biological control. Had I not gone there maybe I would not have been interested in biological control, which back then I thought was something that could only be found in books.

When we found the microorganism, and after some tests, we understood that it had a lot of potential, and this emboldened us, because we saw that it could be profitable. We applied for the patent and then registered it and created a small team. We were brave and believed in the product because we saw that it was good and that it cured a disease that was difficult to control with chemicals. As we went on we realized that it was even better than we thought and that it also worked on other diseases.

As for the economic aspects, we have gone through some hardships, but the scientific part has been very gratifying, it has only given us joy. Researchers who only care about publications are missing out on half the story.

What is the difference between biological products and chemicals?

Chemicals kill both the good and the bad, and make the natural enemies of many diseases disappear. The idea behind biological products is to try and restore the balance by enhancing the products that are naturally found in the soil, which until now we have been destroying with chemicals. Chemicals can kill up to 80% of the agents that cause the disease, while biological products may reduce them by up to between 40% and 60%. Therefore, it is true that there is a fraction that biological products do not cover, but they are still better. Chemicals, being toxic, must be degraded, and have very few weeks of useful lifetime. By contrast, biological products, being non-harmful, combine with many structures in the soil that are essential for the survival of the plant.

Our product comes from a fungus, from a strain of Trichoderma. It is an ecological approach, typical of biologists, that tries to restore the balance that chemicals have damaged. It activates the natural defences of the plant, and this extra acts as a vaccine against many diseases, and as it activates the defences, almost all plants respond well. When we apply our product to the soil, its effect is further enhanced, so that when the plant is attacked it responds more quickly and intensely.

At what point is Biocontrol now?

Economically, right now we are coming out of the valley of death and we begin to see the light. We are licensed to sell the product in the United States, Canada, in European countries, Egypt, and some Eastern European countries. We sell to export companies, and our goal is to end up selling also to local companies for their own use. We sell the product to distributors in the different areas, but we do not manufacture it, because we saw that starting up a factory for a single product was too expensive. Right now we are expanding the number of factories we work with, which are all located in Europe.

I think our most important niche market is Europe, and more specifically Spain and the Mediterranean area because of its warm climate. We would also like to go into Central America to try our product against the diseases of bananas, pineapples, and other fruits of the region.

Will you keep researching to bring some other product to market?

I would very much like to continue researching things that I have literally in the freezer; to take some of them out and get to it. What I’m not very clear on is which direction we should take, because making another down payment as important as the one we first made is too much. But I would like to look for something that was more focused on one or two specific diseases, since our product is very broad spectrum … I would like to get out one or two more products before retiring, or at least start working on them and let the team finish the work later.

The best invention in history: It is yet to be invented.

The worst invention in history: Some chemicals that have done a lot of damage. In their defence, they were not invented to do harm, but the side effects of some chemicals are really very damaging.

The future invention you are most afraid of: I always say that there are no seven-headed monsters. I think that many of these things that they say will come are not feasible.

The FBG is … an indispensable tool if you want to innovate or if you want to do knowledge transfer. Without the FBG it would be impossible to get ahead. They bring you back to the real world helping you with the business plan, putting you in touch with other people … They have helped me a lot; the people in the Foundation are essential.