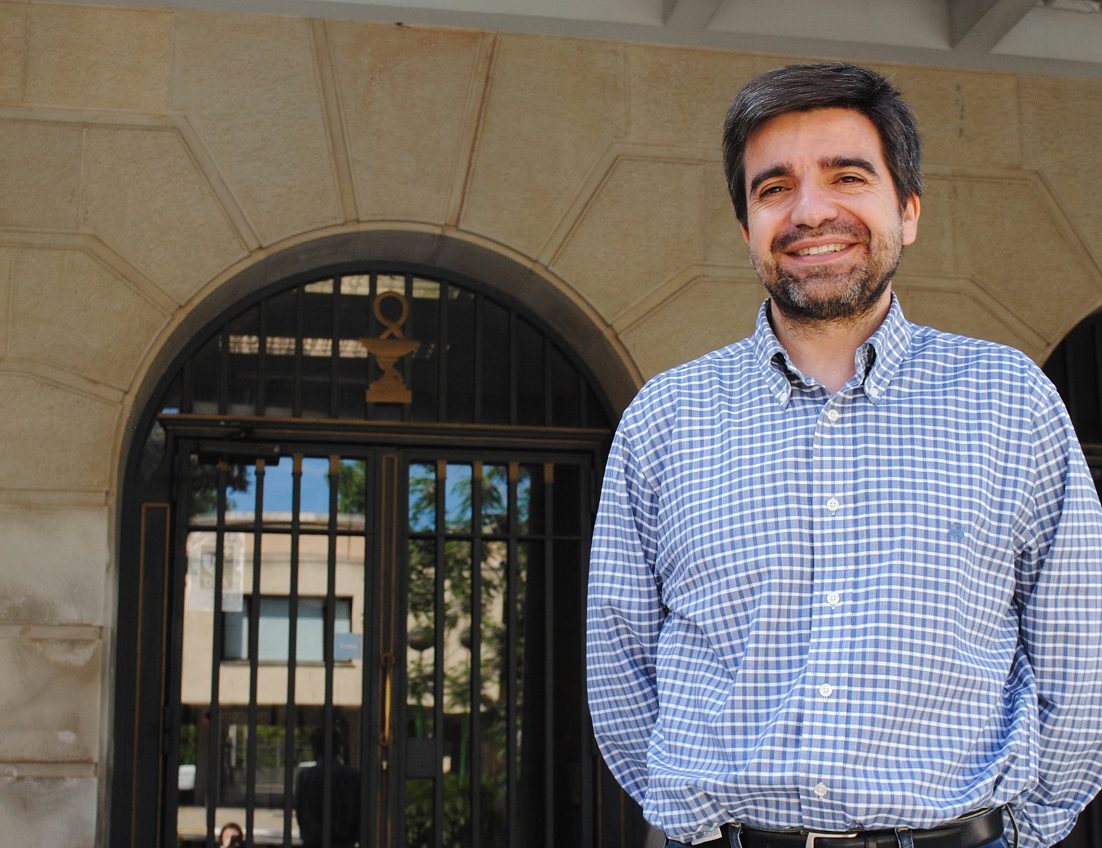 While searching a treatment for type 2 diabetes, Dr. Manuel Vázquez discovered an HRI activator that could be used to treat nonalcoholic fatty liver disease (NAFLD), a disease that is becoming more and more common due to the increase in obesity rates and that still has no specific pharmacological treatment.

How did you make this discovery?

We found some drugs that increase FGF21 (Fibroblast Growth Factor 21). This is a protein found in plasma that is mainly produced by the liver and has antidiabetic effects. Among other things, it boosts a glucose transporter that delivers more glucose to the fat tissue, reducing hyperglycemia and improving glucose levels in the body, thus dealing with some of the problems of patients suffering from insulin resistance or type 2 diabetes mellitus. In addition, FGF21 also reduces lipid accumulation in the liver, the first stage in the development of non-alcoholic fatty liver disease. Several pharmaceutical companies are currently developing analogues of FGF21, the problem is that since they are proteins, they cannot be administered orally, because they would degrade in the stomach. These analogues have to be administered subcutaneously or intravenously.

We found that there is a pathway that can be activated with new drugs called ‘HRI activators’. With the collaboration of Santiago Vázquez, Eugenia Pujol, and Mohamed Zarei we have generated new HRI activators, and are now testing one that we have synthesized ourselves. With this drug, we have finally been able to get the liver to produce more FGF21 and increase liver production and plasma levels of FGF21, with the great advantage that an HRI activator can be administered orally.

What are the properties of this drug?

We compared it to Metformin, a drug used to treat type 2 diabetes mellitus, and when we looked at the accumulation of lipids in the liver, we saw that our compound completely reversed this accumulation, achieving better results than Metformin. Many people (one in four) are affected by this accumulation of lipids. This can lead to steatohepatitis (nonalcoholic steatohepatitis, NASH), and that is more dangerous, because it is the gateway to diseases such as cirrhosis or liver cancer. NASH is becoming more and more prevalent in the population, and at present there is no drug specially indicated for its treatment.

One possibility would be to use the compound to treat non-alcoholic fatty liver disease and also insulin resistance.

What is the current status of the project?

We have found that our compound produces these improvements, but we still need definitive proof that these effects are mediated by FGF21.

At the moment, our goal is to license the patent. We could also create a spin-off, but this is a little out of our league considering that we lack the necessary economic and business skills.

What did the support of the Fund for the Promotion of Innovation (F2I) cofinanced by the European Regional Development Fund, mean for you?

The grant from the F2i gave us the opportunity to collaborate with Santiago Vázquez to produce the new compounds and also the opportunity to have money specifically earmarked for the proof of concept. We had some results that looked interesting, but we didn’t have the funding for the proof of concept. Thanks to this funding we managed to perform it, and fortunately it seems to have gone well, which may mean that we can move forward.

How important is the collaboration between universities and companies?

Pharmaceutical companies are now undergoing a major change. Before, these companies did everything in-house, from preclinical to clinical trials. Now, however, it seems that they are turning to universities and other research centres for this early phase of drug development. This is positive, because there are more sources of funding and because universities, seeing this interest on the part of industry, are also trying to develop more patents and new products with possible future applications. However, this is a world that requires hundreds of molecules to be studied before any of them finally reach the market. The problem with many of these molecules is that in addition to their effectiveness they must be safe, and many times they do not reach the market precisely due to their adverse effects.

The discovery you would like to make
Something useful, I would like to see it go through this whole difficult journey and reach the market. The theory is all well and good, but getting to the practical stuff is more complicated.

The worst invention in history
I don’t know if it’s the discoveries that are bad, or rather their subsequent applications. Everything is relative. There may be good things that are inappropriately applied afterwards.

The best invention
For me, as someone who works in the field of health sciences, I would argue that antibiotics, because they brought about a huge change and saved the lives of thousands of people.

The FBG is…
…a useful tool for researchers. In the end it is a funding mechanism, a support and advice system that helps us to enter the R&D world. We work in the laboratory conducting research to obtain results, and translating these results into a patent is one of the things that the FBG enables us to do.