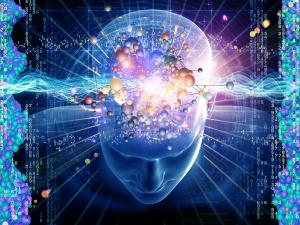 “Novel ideas for radically new technologies”. This is the motto of the Horizon 2020 FET Open program of research and innovation actions (FET Open RIA). The last call awarded four projects with participation of the research staff of the University of Barcelona.  These projects, which will launch over the upcoming months, account for a total of more than 14 million euros – of which the University of Barcelona, through the Bosch i Gimpera Foundation, will manage about 2.8 million euros.

The FET Open RIA call, one of the most competitive calls, received more than 3.000 projects since 2014, and its gatekeepers are a radical vision, a breakthrough technological target and an ambitious interdisciplinary research. “Only excellent proposals have a chance to get funding”, stated Timo Hallantie, head of the FET Open Unit, in an article. The four mentioned projects represent about 25% of those submitted by the University of Barcelona in this call.

This project, funded with 3,822.695 euros, counts on the participation of the Technical University of Denmark, the University of Freiburg, the company ReadyCell SL and the technological centre Leitat.

The Neu-Chip project aims to build biological neuronal circuit microchips using human induced stem cells. At the UB, it is led by researchers Jordi Soriano, member of the Institute of Complex Systems (UBICS) and Daniel Tornero, from the Institute of Neurosciences (UBNeuro) and member of IDIBAPS.

Organoids are cell aggregates grown in three-dimensional arrays that are similar to miniature simplified organs and that have some of their physiological functions. OrganVision is a proposal on technology to visualize organoids in real time. The main researcher of the UB in this project is the lecturer Martí Duocastella, from the Department of Applied Physics and member of IN2UB.

The project, funded with 3.7 million euros, is led by the University of Tromsø (Norway), and counts with the participation of researchers from the University Hospital of North Norway (UNN) and the University Medical Center Hamburg-Eppendorf (UKE), and the companies JenLab (Germany) and 3rdPlace (Italy) and the IFOM Cancer Research Institute (Italy).

ECaBox: a device to keep eyes from donors

The ECaBox project (eyes in a Care Box) consists on developing a device, in a transparent box shape, that will copy the conditions of the living human eye in order to resuscitate the eyes of dead donors. The project, led by the Centre for Genomic Regulation (CRG), counts on the participation of researcher Ricardo Casaroli, professor of Ophthalmology at the Faculty of Medicine and Health Sciences of the UB.

With a 3.5 million euros funding, ECaBox is led by the CRG and has the participation of an IBEC team. It counts on the participation of the King’s College of London (United Kingdom), the Association for the Advancement of Tissue Engineering and Cell Based Technologies & Therapies (A4TEC, Portugal), AFERETICA (Italy) and the Bar-Ilan University (BIU, Israel).