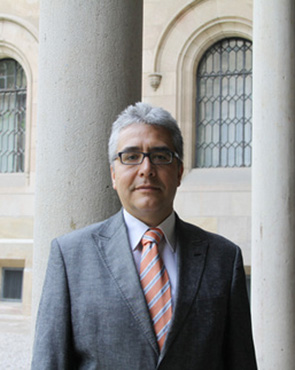 Juli Ponce «There is an excess of poor legal regulations, but this situation can be fixed»

Dr. Juli Ponce Solé, a Professor at the Faculty of Law of the University of Barcelona, has led the Living Lab on Good Governance and Regulatory Quality for two years. This is a space for experimentation that allows the design, development, testing and assessment of the challenges posed by regulation and good governance in contemporary contexts.

How are regulations currently developed?

Generally speaking, very badly. That’s precisely where the idea of the Living Lab came from. Furthermore, there is an excess of regulations. In 2017, a study we conducted with the Barcelona Provincial Council concluded that there were more than 17,000 regulations in force in Catalonia alone. There are a lot of legal norms (laws, regulations, by-laws, plans, etc.) and their quality is quite poor due to two main reasons. First, the language used in these regulations is often not at all clear and presents incongruities. Secondly, an aspect that is much more difficult to appraise is the fact that regulations often have an impact on citizens, businesses, and public expenditures that is not properly gauged and analysed beforehand. This requires many regulations to be amended shortly after being issued, and even to be repealed because of their negative effects. In this sense, therefore, there is quite a broad consensus that there is an excess of poor legal regulations.

Is this situation specific to Spain?

The excess of regulations is widespread in the societies around us due to their complexity. However, I think that in Spain and Catalonia we are lagging far behind other countries in terms of concern for the quality of regulations; and not only because there are so many of them, but also regarding their quality. In other countries, they have been using a series of techniques to reduce the number of regulations and to measure their impact beforehand for decades, while here we have only very recently begun to use these mechanisms, which are still very unfamiliar to our regulators. The delayed interest in the quality of regulations is, I believe, a characteristic of Catalonia and Spain. Our problems are the same, but we are still very much in our infancy in this regard.

What are the consequences for society?

This situation results in all kinds of consequences. One way of addressing these consequences is to consider the three pillars of what is known in Europe as “law sustainability”, namely, social sustainability, environmental sustainability, and economic sustainability. Socially, if regulations are not well designed, if their impact is not properly assessed, if they do not have the effects that we would like them to have, then they are worthless; or worse, they can be detrimental to people. Therefore, this fact has negative social repercusions. From an environmental point of view, it is obvious that if environmental impact is not adequately studied, regulations will involve negative consequences for the environment. As for the third pillar, which is the impact that poor regulation has on economic sustainability, we have empirical data, also from international organizations, that measure the impact that poor regulation has on the economic growth of countries. There are several international studies (such as the one commissioned by the OECD) that deal with the Spanish case, concluding that a medium-term improvement in the quality of regulations could increase the Spanish Gross Domestic Product by 10 to 15%. Sceptical as we may be about this potential growth percentage, it is true that poor regulation weighs down a country’s GDP to some extent, and that the better the regulation, the more possibilities a country has to grow economically and reduce unemployment.

What does the Living Lab on Good Governance and Regulatory Quality propose in this context?

We focus on analysing the regulations promoted by the executive branch, formed by governments and public administrations. We deal with all regulations that come from this branch, which, apart from approving regulations, also does many other things: sanctioning, authorising, subsidising, etc. Therefore, the Living Lab on Good Governance and Regulatory Quality is a living laboratory that deals with the general performance of the executive power, and that is born above all from a concern for the quality of what governments and public administrations do, that is to say, of what is currently called “the right to a good administration”. The Living Lab detects deficiencies in the analysis and practical application of good administration and good governance, and aims to promote projects that allow progress to be made in these areas, both in terms of good regulations and in relation to other issues related to the functioning of public services.

How do you work to promote this progress?

For two years now, we have been bringing together people from the public sector, from various administrations at various levels, and from the private sector to try to identify the problems and to propose improvements in the legal system and its practice. We have also generated indicators that can help public administrations measure the quality of regulations before they are approved and evaluate their real effectiveness afterwards. In short, what we intend is to detect problems, develop specific techniques, and also propose reforms that will allow the improvement of current and future regulations.

In addition, we also want the Living Lab to be a space for experimentation. Unlike in other scientific disciplines, such as biology, there is no experimentation in the field of regulations. However, we believe that controlled experiments should also be carried out in this area. This is certainly a more complex issue, and there is no tradition of such a thing in Spain, but we want to be a space where controlled experiments can be carried out before regulations come into force. In order to do this, we will have to reach an agreement with some public administrations and try to simulate the enforcement of a regulation of interest through field work with actors who would be affected by the regulation in the future in order to be able to measure its adequacy. In this way we will be able to know if this future regulation should be issued or if it should be improved in any way. This is something new in Spain, but we believe it can be very useful.

How have institutions received this initiative?

As for the public sector, the response has been very good; all levels of public administration have shown great interest. The first two meetings were attended by representatives of both the State administration and regional and local authorities, such as people who work in the Generalitat de Catalunya and in other Autonomous Communities, as well as representatives of local entities, such as the Federation of Municipalities of Catalonia, with whom we are fortunate to collaborate. Through the Living Lab we wanted to bring together not only the people who make regulations, but also those who are affected by these regulations; in other words, not only regulatory agents, but also those liable to abide by such regulations, both from the public and private sectors. That is why PIMEC (Small and Medium-sized Enterprises of Catalonia) has also attended the meetings, and we would like to be able to include more social agents. This summer, we will issue an annual publication on good governance and regulatory quality based on the results we are obtaining. This yearly publication will discuss how the regulatory environment has worked throughout 2019 and will be published by the Fundación Democracia y Gobierno Local, which is a recognised actor in this field. This will be one of the first results of the Living Lab.

The best advancement or invention in history:

Some of the most important advancements in the history of humanity were regulatory codes, which gave birth to civilized society.

The establishment of a global constitution and progress towards international cohesion, whose importance is made clear by events such as the Covid-19 pandemic.

A future advancement that scares you:

The development of artificial intelligence in private and public decision making and the different risks this may entail: discrimination, dehumanization, etc.

… a significant organization within the UB that allows its academics to transfer knowledge to the public and private sectors for the benefit of society in general, in addition to perfoming our research and teaching tasks.