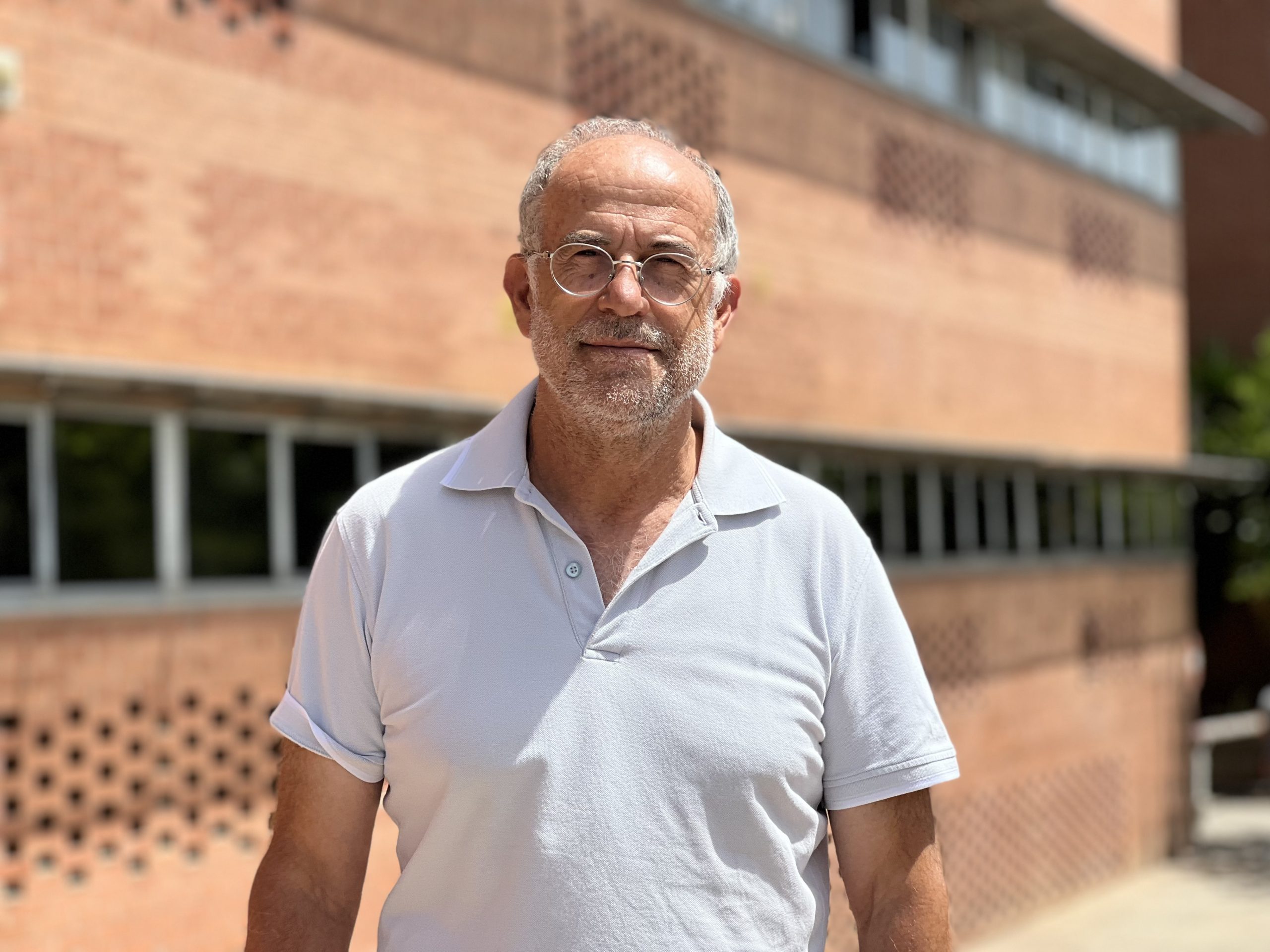 Josep Antoni Muñoz: “Climate change will condition the geological evolution of the Pyrenees”

Geology professor Josep Antoni Muñoz warns that in millions of years there will probably be no Pyrenees and no human species. Muñoz, a Professor in the Department of Earth and Ocean Dynamics at the UB’s Faculty of Earth Sciences, is working with other agents to promote an open museum in the Pyrenees to disseminate and conserve the geological history of this mountain range through a virtual experience. Tourism and knowledge are put at the service of society to promote a more sustainable and respectful territorial development.

You are working on a project to develop an open museum in the Pyrenees using augmented reality.

Outreach is a challenge for scientists, and for geologists it is a major one. In geology, the time unit is a million years and therefore it is difficult to grasp evolution. In the Pyrenees we have selected several strategic points where we have a geological landscape that we can interpret. Through virtual reality we can reconstruct the evolution of this landscape: how a mountain was formed, how a sedimentary basin was created, how the fossils that we can see in the rocks of the Pyrenees were formed, and so on.

What can augmented and multimedia technology bring to this project?

Technology will allow us to travel through the geological history of the Pyrenees in a highly condensed form. Visually, the projection will progress very quickly because we are talking about millions of years. Therefore, the person with the virtual glasses on will see how a mountain rises up next to them and a few seconds later, a flood occurs and it sinks. Or they will suddenly see a dinosaur that in a few minutes will become extinct.

Why in the Pyrenees? Geologically speaking, what is so special about it?

Through geology we can analyse issues such as climate cycle, its consequences on biology or changes in the landscape, isn’t that right?

On such a large time scale, we can observe recurrent climate changes, which have provoked faunal extinctions. There is a very close relationship between climate and the evolution of the earth’s surface and therefore of mountain ranges. Meteorological phenomena such as wind and precipitation have a very important impact on topographic relief.

Will the impact of the current climate emergency also be observable geologically in millions of years?

In geology, we can look at the past, but we can also make future predictions. Climate change will condition the geological evolution of the Pyrenees, the mountain range will probably cease to exist. When geologists studies the Pyrenees in millions of years – if the human species still exists, which I doubt – they will be able to observe the impact of current climate change. If we go into a more arid period, with occasional heavy storms, rising sea levels and so on, the landscape will certainly change.

In fact, through virtual reality, it is possible to include future scenarios as well.

Initially we want to reconstruct the past in order to anticipate what might happen in the future.

This museum will be built by forging synergies with the Orígens Geopark.

The Orígens geopark is a territory in the Pallars and Noguera area that has been a member of the UNESCO Global Geoparks Network since 2018. Our consortium also includes Digivision, a company specialising in simulations, audiovisuals and multimedia projects. In fact, it is the same production company that produced the documentary series Roman Engineering on TVE. And the Catalan Institute of Palaeontology Miquel Crusafont is also involved in the project.

Can geotourism be a solution for more sustainable tourism?

Totally. It is a type of tourism that is more respectful of the environment and linked to the knowledge of the territory. Tourism based on adventure sports is the current model, but we must promote another that is more sustainable and respectful. Only if we are capable of knowing our environment and our landscape, our history, will we be able to value and preserve it.

More about Josep A Muñoz

The wheel, because it allowed us to move around more easily.

The future geological evolution of the Pyrenees.

The Bosch i Gimpera Foundation has allowed me to transfer all my expertise to the world of industry and society. Without it, my research would not have had such an impact.