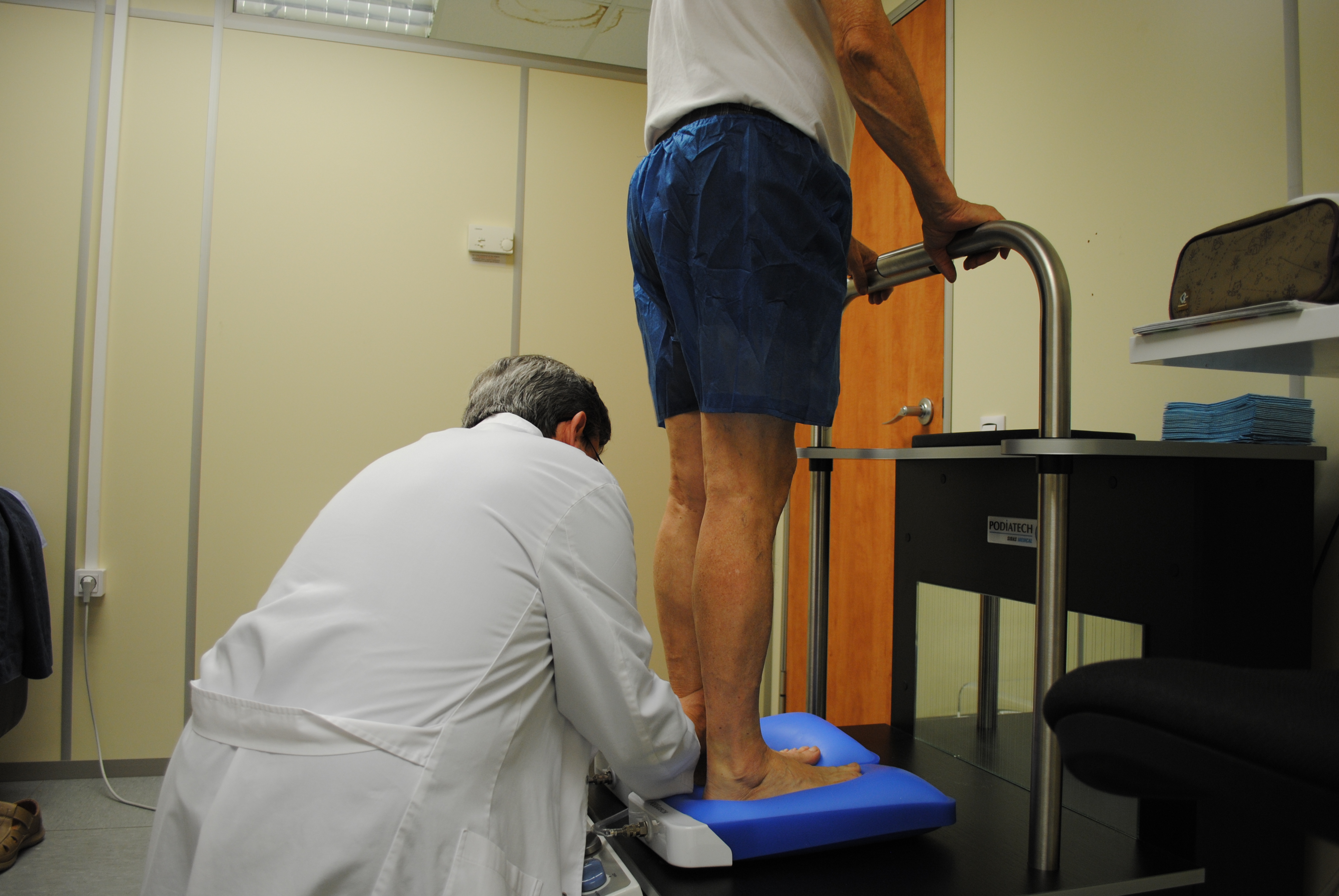 It is estimated that around four thousand people in Spain suffer from amyotrophic lateral sclerosis (ALS), a neurodegenerative disease with no cure and with a life expectancy of less than five years. Symptoms run a diverse course among patients who gradually develop (among others) motor changes that hinder them from walking unassisted and that, in the more advanced stages of the disease, eventually prevent it, as well as lymphatic edemas in lower limbs and their corresponding complications: difficulties in putting on shoes, paresthesia, acute dermatitis, lymphangitis, etc.

Researchers from the Departmental Podiatry Section at the University of Barcelona detected the possibility that podiatry could influence the quality of life of patients with ALS and delay their loss of function. Elena Subero-Tomás joined in the Functional Motor Neurone Disease Unit (UFEMTN) at Bellvitge Hospital, coordinated by Dr Povedano, to conduct an initial pilot study on eleven patients. Eight of them had partial or total walking deficits and were treated with movement-facilitating strips (k-tape), which greatly improved swelling in their legs. “Using a very specific dressing technique, we saw that the patient, who could not previously put a shoe on, could now do so, and that this enabled him to walk, even if not outside, at least at home, to do a few things. And this significantly improved his quality of life,” says Dr Antonio Zalacain, one of the study researchers.

Secondly, three patients were treated to preserve gait through shoe therapy and plantar fasciitis supports. “A specific shoe along with an insole can greatly improve patient stability while walking, encouraging unassisted walking and delaying the use of walking aids (splints, walkers, etc.)”, explains Professor Subero Tomás.

Following the good reception of the study among the treated patients, the researchers are to begin a new project with the UFEMTN at Bellvitge Hospital, with 34 volunteer patients. This will include a partnership with the Spanish footwear brand Callaghan, which will provide and adapt all the shoes needed for the study. Podoactiva, a podiatric company that markets specialist and personalised technological solutions, has also shown an interest in the project and is about to sign an agreement to assign its fingerprint analysis software, allowing for personalised insoles to be made for each patient. The researchers are also looking for additional partnerships with companies that can provide resources and benefit from the results of the study.

After developing the project at Bellvitge, which will include the participation of Dr Casanovas, the idea is to transfer it to the four benchmark multidisciplinary units in Spain that are part of ENCALS, the European network combining 34 ALS centres and units on the continent. Finally, standardised protocols for podiatric surgery are to be established through the development of training and dissemination programmes. “We are aware of the importance of finding a drug to cure the disease, but that is still a long way off. Therefore, the priority of treatments currently involves improving the quality of life of these people “, concludes Dr Antonio Zalacain.