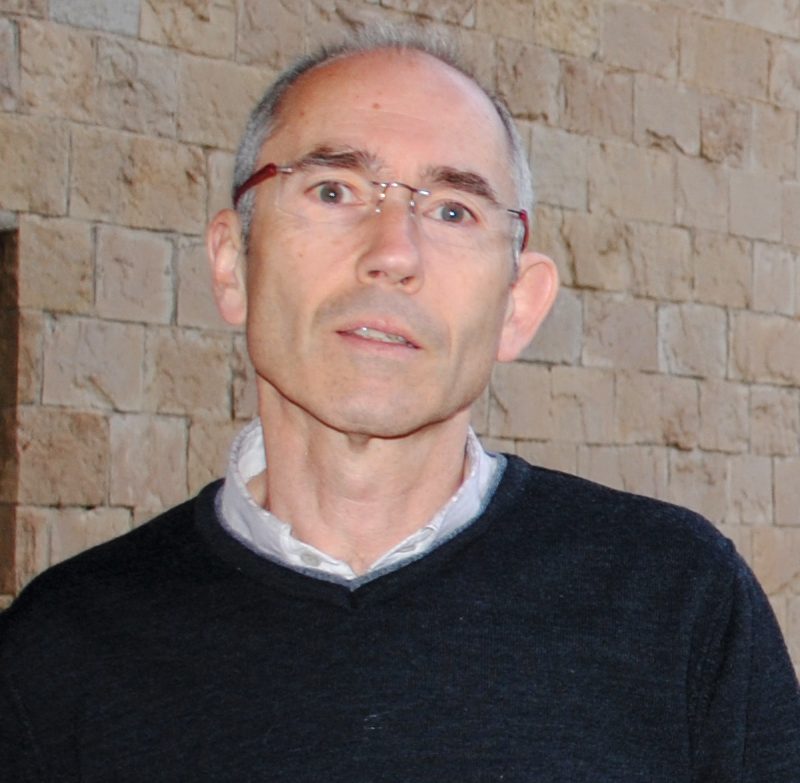 Dr. Carles Escera is the principal investigator of Brainlab, which belongs to the Institute of Neurosciences of the University of Barcelona. The aim of this research group is to identify cognitive mechanisms impaired in neurodevelopmental disorders and use them as a diagnostic tool.

What does Brainlab do?

We are a research group in cognitive neuroscience; therefore, we are interested in human cognitive functions and, specifically, in how they result from brain activity. In other words, we investigate how the human brain has evolved and become so complex that it allows us to deploy a repertoire of capabilities that differentiate us from any other species. Our objective is to identify the cerebral mechanisms that make these cognitive functions possible.

We are currently focused on understanding how the auditory system works to generate auditory perception. The task of using language to communicate is a very complex one, because it requires recording variations in air pressure, that is, sounds, encoding them, and interpreting them appropriately. This system has the ability to construct sounds, phonemes, syllables, words, phrases, meanings, and even ideas by simply coding the sounds in the air. And yet, at the same time, by using these variations of air pressure we are also able to create the musical experience with everything it entails. We are interested in understanding the mechanisms that make the brain capable of capturing all this information hidden in the structure of sounds.

What applications could this have?

Our basic working technique is electroencephalography. We measure the electrical activity of the brain through electrodes placed on the head. Then we analyse it according to the stimulation we have been administering and the tasks we ask participants to perform. The general objective of our group, which derives from our basic research, is to identify brain waves that are specific to a specific cognitive function, such as the precision with which sounds are coded.

Research has shown that we can accurately record the way the auditory system encodes speech sounds. Children with reading disorders, dyslexia, and learning disabilities have been found to encode speech sounds worse than average children. If we can identify this mechanism and how it is altered in some neurodevelopmental disorders and mental illnesses, we can use it as a biomarker or as a diagnostic tool to assess the potential risk of developing a disorder in the future.

How does this system work?

At the moment we have published a study with recorded normative values as proof of concept. We introduce a stimulus and see when the neurons of different babies react. Some react very fast (in three and a half or four seconds), and others are slower. We have established the normal distribution for fifty babies, and we can detect if a child is an outlier and responds too slowly. This child would be a candidate for closer monitoring, which would let us know how he or she evolves. The technology is very simple, there are two electrodes on the head, a third one behind the ear, and an earphone. The children are newborn babies, and we have conducted the study with the collaboration of the San Juan de Dios Research Institute, of which I am also a member.

All children born in OECD countries are given a brain stem test called Universal Neonatal Auditory Screening with an automatic device. This involves a click that is repeated ten times per second. In our case, we use one syllable and do five repetitions per second, which gives us much more information. Universal neonatal auditory screening only detects whether or not acoustic information is conveyed through the auditory nerve to the brain. In contrast, our system not only registers whether or not the information reaches the brain, but also the quality of this information. This quality will allow us to predict reading ability in children a year or two later. I believe that this has great potential. If there was a company willing to invest in this as a diagnostic test or as a predictor of language acquisition, we could perhaps think of creating a spin-off.

This is still an emerging research line. We will start studying newborns who had fetal risk factors, and then we will try to perform a one-year follow-up to see if the record at birth gives us any indication of their cognitive development. This is the beginning of a research project, but if it works the ideal would be to be able to monitor the children until they are 2 or 3 years old.

How could this improve the lives of these newborns?

Reading disorders have in some cases been linked to auditory processing abilities. To read well, the first thing one has to do is to convert letters into sounds, but to learn to read one must first convert sounds into letters. Children with dyslexia have problems with this conversion. Specifically, they cannot discriminate sounds, and this inability to differentiate sounds one by one prevents them from converting sounds into spelling. This is a process that begins very early, because babies acquire the phonetic repertoire of a language between 6 and 12 months of age; between 12 and 24 months of age they begin to say the first words, and go from not saying any to saying forty or fifty in a year. At the age of three, they say about a thousand. During this whole process the auditory system is fine-tuned to segregate phonemes, syllables, words, and phrases. If all this coding system fails, the will not be able to read well when they are 5 years old. However, if we can detect the coding error in the auditory system faster, we will be able to help these children at an early stage.

How important do you think knowledge transfer is?

Actually, I have based my career on conducting groundbreaking basic research, for which I have been recognized with two ICREA Academy Awards. Four or five years ago I had the opportunity to access the world of knowledge transfer. I always had the idea of developing these biomarkers and trying to apply them, but understanding the language of transfer has proved very difficult. Now that I understand it I realize that it has two different aspects. On the one hand we find the social interest to transfer knowledge to society, to generate social welfare and economic wealth, but to do all this, one must stop performing cutting-edge science, because cutting-edge science is extremely demanding. In cognitive neuroscience, technical developments, theoretical models, and findings go at such a speed that it is easy to miss out. It is therefore very difficult to find a balanced approach, that is to say, one that does not make you sacrifice cutting-edge science. This project focused on newborns is indeed frontier science and, at the same time I see its potential for knowledge transfer.

I would like to see a device that allowed us to transmit thoughts from one person to another, that is, that we could have this interview without the need to talk.

An invention or advancement you are afraid of

I am not afraid of any invention, I am afraid of people. Any invention is good in the right hands and harmful in the wrong ones.

… a university organization that helps researchers expand their intellectual horizons. It is no longer just about transferring knowledge, the FBG also lends a hand in finding a way for our discoveries to have an economic and social impact. It helps us on a practical level by finding contacts as well as to reflect on the way in which we approach our research.