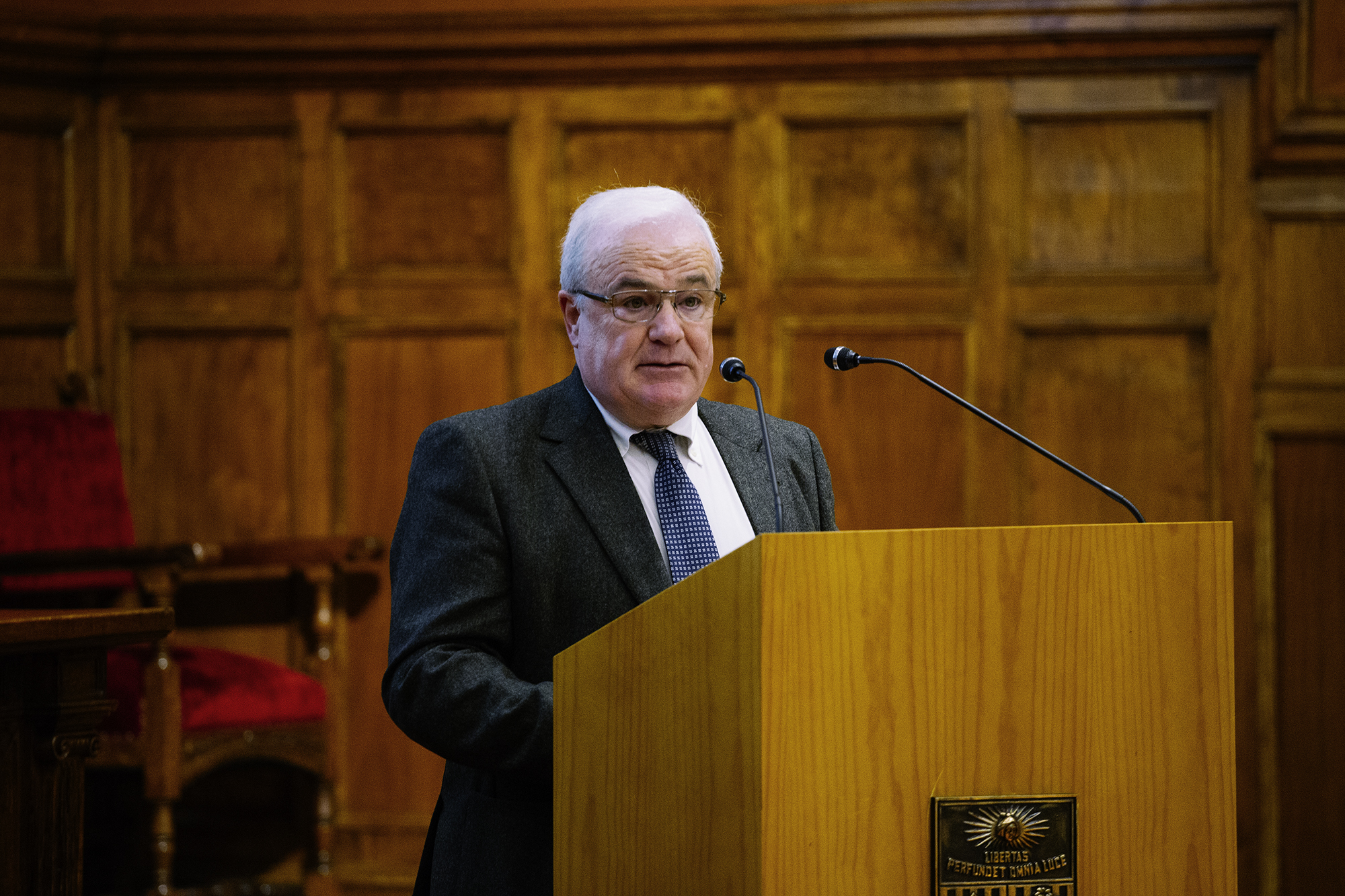 Dr. Antonio Andrés Pueyo is a member of the Group for Advanced Studies in Violence (GEAV) of the University of Barcelona. The FBG awarded the GEAV the Antoni Caparrós prize to the best knowledge transfer project for RisCanvi, a preventive programme to assess and manage violent and criminal behaviour in prisons. Since 2009, it has carried out over thirty thousand assessments and has become one of the cornerstones of the preventive and rehabilitation management and penitentiary policy of the Government of Catalonia.

What is RisCanvi and how does it work?

RisCanvi is a protocol of risk assessment of future violent behaviour. It is used to determine the likelihood of an inmate committing a crime after release from prison. Initially, it was developed for violent offenders (sex offenders, murderers, and so on), but its purpose evolved and now it applies to all inmates, as we have seen that having committed a certain crime does not necessarily preclude from committing other types of crimes. Therefore, it was redesigned to include all inmates and all criminal behavior. When someone is sentenced to prison, many studies are conducted to provide them with treatment and to assign them a location, and risk assessment is also factored in. RisCanvi tells us if that inmate is very low risk or very high risk, and the necessary measures to be put in place are determined accordingly.

In Catalan and Spanish prisons, each inmate is monitored by the Treatment Board, which includes psychologists, social workers, and lawyers, among others, and is responsible for analysing the inmate’s progress. This committee makes the assessments through a checklist of 43 risk factors in which it takes into account whether the inmate is male or female, their age, whether it is the first time they are in prison, their good behaviour in prison, and the length of their sentence, but also other things, such as having a mental disorder, family visits, their involvement in the daily workings of the prison, etc. All these risk factors are analysed with the help of a computer program and algorithms that allow making a prognosis that results from this combination of factors. Every six months all inmates are re-evaluated, because the intern may have taken part in a conflict, may have been relocated, etc.

What does recidivism depend on?

The first thing we have to say is that it depends on the crime. Theft crimes, which are the most common, involve a much higher risk of recidivism. In contrast, the risk for the most serious crimes is lower. But —and this is the big problem— this is not the same for all offenders. Some sex offenders are extremely high-risk, even though most sex offenders do not relapse. RisCanvi, and all the other protocols, aim to identify who actually poses a high risk of recidivism. These are the offenders with whom special caution should be taken. The problem with risk is that you have to detect things that are very dangerous but have not yet actually happened. There are men in prison who say that when they get out they will kill their wives, but theirs is only an empty threat. In contrast, there are others who will, and therein lies the problem, knowing how to detect them.

Can it predict other kinds of risk?

At first, we only considered the risk of recidivism, but then it was clear that RisCanvi could also help to make predictions about other significant aspects, such as self-harm and suicide, and this is very important for the prison to be able to manage these risks. In the past, when technicians suspected that an inmate was suicidal, they asked them about it, but now they always ask, because RisCanvi compels them to explore the risk of suicide in all inmates.

How has this technology changed the way prisons operate?

In the past, this analysis was based on clinical judgment and experience, but the results were very uncertain, because intuition is often wrong. For example, one of the most paradoxical things is that there are people with very serious psychopathic disorders and a high risk of recidivism who behave well in prison for various reasons. This makes many prison officers think that as these people behave well in prison, they will probably not relapse, despite having committed a very serious crime in the first place. On the contrary, RisCanvi tells us that intuition is not enough and that we need factual data and evidence. Normally, a prisoner who has a bed, food, and all their needs covered is well adapted. But what happens when they are released? RisCanvi reminds prison officers of all the things they must take into account to predict what will happen outside. Intervention in prisons is not an exact science, but everything that is known to work properly must be enforced. RisCanvi is very important for technicians, because it allows them to say that they have done everything they had to do, even if their prognosis was wrong.

The best indicator to show that RisCanvi works is to see how many people have enjoyed a temporary release in Catalonia, how many have failed to return, and how many have been able to obtain day paroles, among other things. RisCanvi also facilitates being more lenient and allowing low risk inmates to leave the prison. Because it is best for an inmate who has a family and a job to get out as soon as possible after spending several years in prison, provided, of course, that we guarantee that they will not relapse. This is more educational, more rehabilitative and less expensive. In the end, the mission of RisCanvi is also to detect the large pool of low risk prisoners and facilitate their return to the community as soon as possible.

On which other projects is GEAV working?

Our first experience was advising various police forces with the VioGén program, which is used by the police every time a woman reports an abuse, and serves to assess the risk she has of being abused again. Once we helped them set up the system, the Ministry of the Interior developed the entire architecture with a large software package that has been in use since 2007. We also advised the Social Services of the Barcelona City Council with a program to assess the risk of violence against women outside the framework of a law enforcement context, where the woman who reports already has an awareness of the risk that she is in. Instead we looked into the context of women who seek help from the Social Services but who do not say that they have been abused or are not aware of the abuse, but are at great risk of suffering it. Likewise, the target were also women who go and see a doctor but do not report an abuse out of shame or fear. In this sense, in 2011 we helped to establish a risk assessment protocol within the Circuit against Gender Violence in Barcelona. As a research group, we are very active in the field of violence against women and sexual violence and have a history of working with inmates.

What does receiving the Antoni Caparrós award mean?

We have invested a lot of effort in this project, and it has been a very good experience. In the world of research, transfer has always been the runt of the litter; that is, it is more important for a researcher to publish an article in a high impact journal, even if no one uses it. Getting recognized with an award of this kind was very pleasing to us. Moreover, since the prize is named after Antoni Caparrós, who was a professor in our faculty and whom we knew, it was also somewhat emotional. The people at the Department of Justice are also very happy, and that is always very positive.

I think it’s crucial. The society in which we live has many problems, and if the university and scientific studies work to solve them, there is usually a greater guarantee of success. If not, there are always people who have sometimes wildly speculative ideas to solve these problems, which in the end not only do not solve them, but also make them worse. This is very common in fields such as education or gender-based violence. Some approaches are more scientific and others are more ideological. So far, at least, it seems that scientific approaches offer more guarantees of efficiency, even if they do not manage to solve the most complex problems, but a scientific approach is always better than one based on beliefs. When medicine is based on research, research advances and solutions are found. But what happens in the medical world does not happen in the world of human and social sciences. We are very happy, because we have shown that this way of working and conducting research, transferring it and being in touch with real problems, helps both society and the University.

The best advancement in history

When it was understood that the life of humans and all living organisms is based on biology.

Much more peaceful relations between humans.

The future advancement that scares you the most

I am not afraid of any advancement. Real advancements are made to make people’s lives easier.

… the key for university faculty to have professional contact with the world outside the university. I’ve been signing agreements since I became a professor, but it was very difficult for the generation before mine to do the same. In this sense, the FBG has built a bridge, which for me is essential.