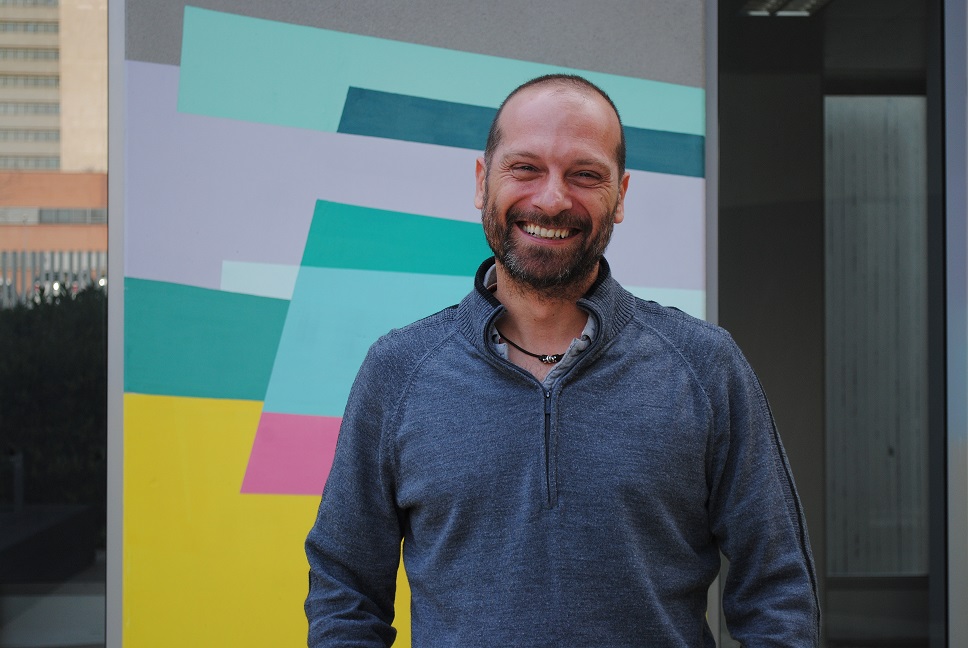 Albert Zamora defines himself as a ‘serial entrepreneur’. Throughout his career he has created a dozen companies of which he was a founding partner and CEO. In September 2017 he joined a spin-off of the University of Barcelona, Virtual Bodyworks, as CEO thanks to the FBG’s Mentor in Residence (MIR) programme. “I got there with the idea of helping them for a couple of months, but I fell in love with the project,” he admits.

What does Virtual Bodyworks do?

Virtual Bodyworks is devoted to the development of virtual reality-based tools that promote physical, behavioural, and mental rehabilitation. We are currently working on several products, but the first thing we are about to officially launch is VRespect.Me. This is a behavioural rehabilitation product meant to help people who have committed acts of gender-based violence to modulate or redress their violent attitude. It works by making the abuser feel first-hand what the victim feels. We give them 3D glasses and make them experience an episode of gender-based violence. Thus abusers feel assaulted in the first person, can experience feelings that they would not feel otherwise, and see how they make other people feel when they act this way… As a result, they can undergo rehabilitation therapy in order to stop behaving violently.

We have been working with the Department of Justice of the Generalitat de Catalunya for two years now, and VRespect.Me is already being used. In fact, over 200 people have already benefited from this project. What we are trying to do now is to expand the product and make it known to other regional governments, countries, and other entities that may be interested in it. Public administrations are among our main customers, but this is a product that can be used to rehabilitate violent people in general. And we are also studying other applications

On what else is the spin-off working?

We have a product called e-cortex that is used for physical or medical rehabilitation in patients who have sustained a bone fracture; but it can have other very interesting applications, such as the rehabilitation of patients who have suffered a stroke. This product was tested and developed in collaboration with hospitals, and thanks to it we are establishing very interesting agreements with several hospitals and with Futbol Club Barcelona.

Which was the company’s original mission?

Some companies are born with the aim of growing, generating business, and never being sold, while some others aim to be acquired by a larger company, because they know that they could never reach the market on their own. In our case, our company was not born with the idea of being bought, but one of the objectives we have set ourselves is to be acquired by a company such as Facebook or Google. We will grow our business, which must be profitable, but in three or four years time it is very likely that we will be attractive enough to be bought, and when the time comes we will consider this option with great interest.

Right now we are at a transition point from the strategic to the operational phase. We are about to open a seed round—the first round of financing for the company—which we want to close before the summer. It will be a small round of funding (around EUR 1.5 million), which will provide us with the financial resources we need to implement the plan we have designed. The interesting thing about this company is that it already generates revenue, because we already have customers for whom we produce virtual reality contents, and we have a product that is already on the market and provides us with a steady income. Therefore, we are not only dependent on capital increases, but are able to grow organically on our own. So far we have successfully completed an informal round—what is known as a bridge round—which has helped us to secure funding.

How important is it that businessmen join university spin-offs?

I believe it is essential to bring an entrepreneurial vision to the project. Management tasks are also carried out in academia, but in a different way. Researchers need a person from the business world if they want to start a business. In addition, the more attractive the project is in order to attract high-profile entrepreneurs, the better. Any company runs the risk of things not going well, but a start-up has a higher risk of bankruptcy, because it is in a very early stage and therefore does not have financing, its product is not yet fully developed, it may not have a defined business model, and perhaps it is bringing to market a product that does not even have a market yet. The risks are extremely high. Therefore, if the person in charge of the company is not very experienced, it will be more difficult to manage these risks, and the probability of the project failing, no matter how good it may be, are higher.

Would you encourage other entrepreneurs to get involved in projects born out of the university?

Yes. There are many entrepreneurs who want to start projects but don’t know where to look for them, and few people turn to the FBG for projects. With this I do not mean that the FBG has little visibility, because it is by far the most successful transfer centre in this regard, but there are many entrepreneurs who do not know that they can go to the university to look for projects. I would encourage them to do so, but warning them of the risks involved, because a company that emerges from the university has some added risks. Anyway, I would still encourage them, of course I would!

The future invention you are most afraid of
The one that takes away the values of people as such.

An invention you would like to see
I’d like to see a cure for some of the diseases that still have none, such as multiple sclerosis.

The FBG is…
An entity that promotes interaction between the academic and business worlds and provides the resources to enhance the value of the knowledge generated at the university.