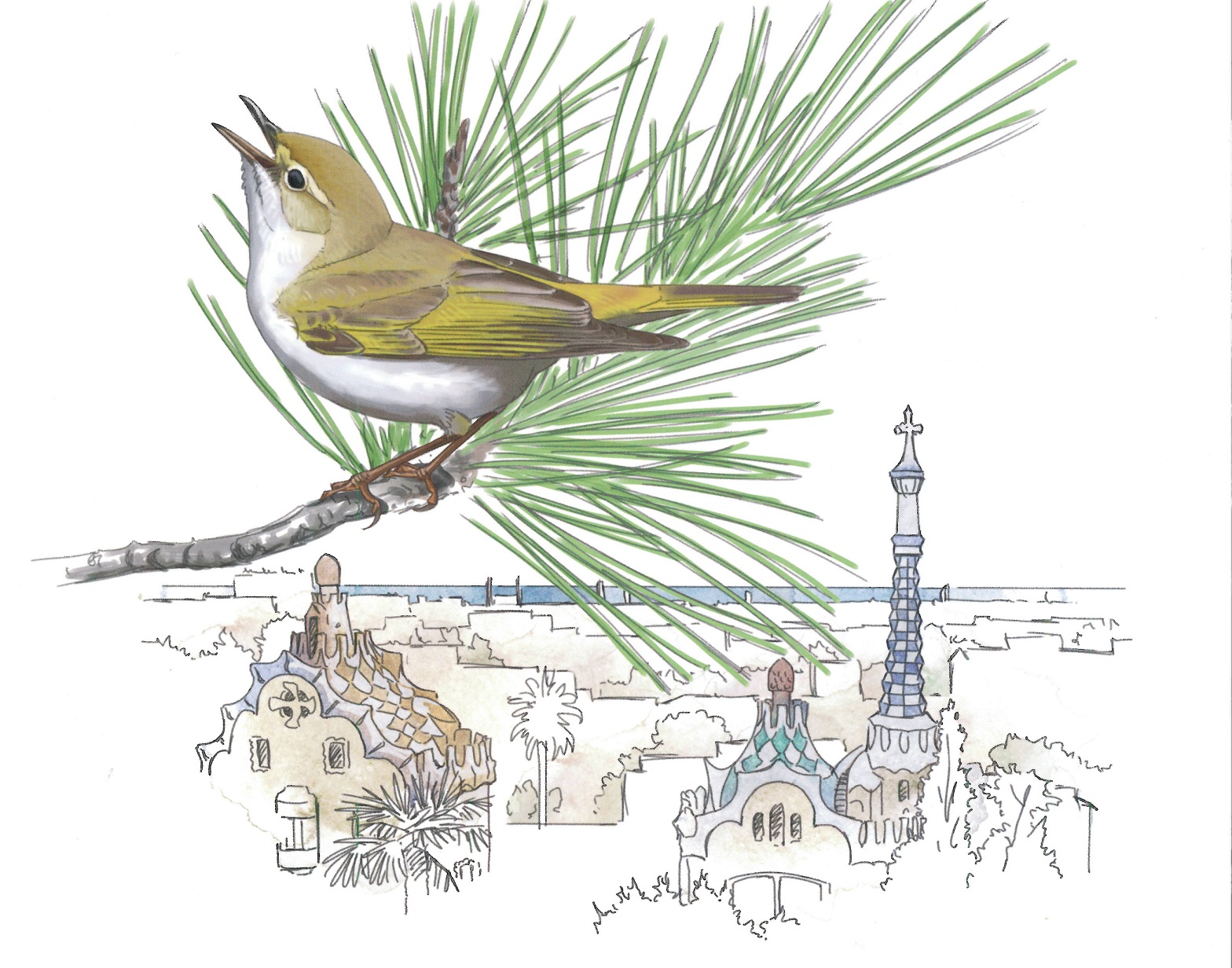 The Atlas of Barcelona’s Nesting Birds, published by the Catalan Institute of Ornithology (ICO) together with the Zoogeography Group of the Institute of Biodiversity (IRBio) of the University of Barcelona, and promoted by Barcelona City Council and the Barcelona Zoo Foundation, includes 140,000 birds of 83 different species. More than 300 volunteers also participated in this project by collecting field data during spring from 2012 to 2016. The project was born with the aim of mapping the location of the birds breeding both in urban Barcelona and in the rest of the municipality, which includes part of the Serra de Collserola Natural Park.

The publication, which is already a reality and can be found in bookshops in three languages—Catalan, Spanish, and English—shows the distribution, abundance, and location of birds in Barcelona. The Atlas incorporates a chart for each species featuring a drawing of the animal on the background of one of the places where it breeds. These illustrations, by Martí Franch, allow us to recognize the different species of birds and place them in the environment where they live. The illustration of the book was made possible by a crowdfunding campaign managed by the FBG.

In addition to providing information on the specific spread of these species, how many pairs there are of each one, and where they are more abundant, this rigorous work makes it possible to assess the state of conservation of urban biodiversity all over the city, thanks to the role of birds as bioindicators. A proper management of green spaces helps to improve environmental benefits, which in turn has a direct impact on human well-being.