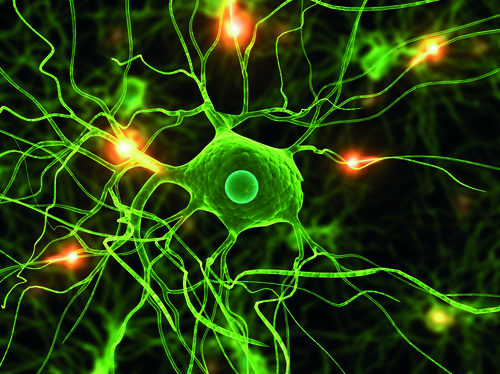 Patent application filed in June 26th 2015. Any further information is available by contact:

INNOVATION AND DESCRIPTION OF THE TECHNOLOGY

This technology is an in vitro method for predicting the response (prognosis) to treatment with antipsychotic drugs in individuals who have suffered a first-episode psychosis (FEP). It is based on determining the expression value of the ratio formed by the active and truncated cell receptor of a nerve growth factor in peripheral blood forms.

The prognosis of patients who have suffered FEP can be divided into 3 categories: 25% of patients showing a complete response to treatment that leads in a complete recovery from FEP. 50% of patients who still suffering recurrent exacerbations and remissions; and the last 25% of patients show an unfavourable outcome with an incomplete response and recovery after suffering FEP. Thus, the lack of response or a partial response to treatment remains common, and this lack of response is associated with increased length of hospitalization, among other severe consequences. In this sense, as FEP can derive in chronic schizophrenia, bipolar disorder, etc., it is highly relevant the matter of treating FEP with the best therapeutic approach from the beginning in order to achieve the best possible outcome for patient.

The scientific and medical community is requiring new highly specific and sensible biomarkers for FEP prognosis (Reardon S (2014) NIH rethinks psychiatry trials. Nature. 2014 Mar 20;507(7492):288). But, although it has been proposed a large number of biomarkers for the diagnosis and/or prognosis of FEP, none of them are currently applied in clinical routine. Thus, this technology aims to bring a biomarker that would meet these features into clinical practice.

Moreover, what we propose is that said marker is analyzed in blood samples, plasma or serum, preferably in a sample of peripheral blood mononuclear cells. So it would be a simple test to implement and minimally invasive.

The proof-of concept study included blood samples from 94 patients (ages from 9 to 35), obtained during the first year after debuting with a first psychotic episode; and healthy controls (80 blood samples from control subjects, healthy matched by sex, race and age). It was conducted in a multicenter way. All data on study design are available after signing a confidentiality agreement.

In summary, this technology could lead to the first clinical prognostic FEP biomarker; by an inexpensive and standardized technique in the health system; using a sample of peripheral blood.

Market and advantages of the technology

One of the key concerns of health-system-decision makers is to identify those diseases that have the greatest impact on our health and quality of life. In this regard, it is noted that the importance of mental disorders in both morbidity and quality of life of patients is very high. Also, the economic impact is very

important, thus, it stated that mental disorders together constitute the most common cause of burden of disease in Europe, ahead of cardiovascular diseases and cancer. In that sense, an editorial in the journal Nature published in 2011 states that mental disorders in Europe cost at least 800,000 million euros (one billion dollars) per year, higher than the sum of the cancer, cardiovascular disease and diabetes. On the other hand, the loss of quality of life is superior to the one produced by chronic diseases like arthritis, diabetes or heart and respiratory diseases. Thus, in European countries it is estimated that the mental-disorders cost is between 3 and 4% of gross national product (GNP), more than 182,000 million per year. Of these costs, 46% corresponds to direct healthcare and social costs, and other indirect costs due to lost productivity, mainly associated with disability. Indeed, these disorders are the most limiting to the patient in the development of a normal lifestyle.

In conjunction, we can say that currently 9% of the population has, at least, one mental disorder, and over 15% will suffer one throughout their lives, and that these numbers will increase considerably in the future. The magnitude of the problem is similar in the case of children and adolescents, causing a very high disability in them. Various studies estimate that between 7 and 25% of children meet criteria for a psychiatric diagnosis and that about half of them have a significant mismatch as a result.

Specifically, FEP occurs in about 3% of the population and it is a serious mental illness in which the patient is prone to hallucinations and delusions that are usually accompanied by other symptoms (manic symptoms, depressive symptoms, cognitive dysfunction, abnormal behavior, etc.) and may even represent the beginning of a serious and chronic mental illness such as schizophrenia or bipolar disorder. FEP, in certain cases, is fully improved with treatment, especially with the use of antipsychotic medications, although, as explained in the previous section, it is not always the case. In fact, compared to the general healthy population, patients with a first episode of psychosis have a very high mortality rate.

Furthermore, although there are not precise figures of FEP costs, when patients do not respond well to treatment, and as described, the developing of serious disorders (e.g.: psychosis or schizophrenia) is very likely:

– According to a study done in Australia, the average cost of psychosis to society was estimated in $ 77,297 per patient, including 40,941 in lost productivity, $ 21,714 in health costs and 14,642 in other costs. Thus, healthcare costs of one of these patients are 3.9 times more expensive than an average citizen. In total, the total cost for Australia is of 4.91 billion US dollars per year. These figures could easily be reproduced in Europe or the US

– And although we schizophrenia and FEP cannot be mistaken, it was estimated that the total cost in 2002 of this disease in Spain was of 1970.8 million euros, of which 53% were direct health costs and the remaining 47% non-health direct costs. Thus, healthcare costs associated with schizophrenia accounted for 2.7% of public spending on health.

Moreover, as already indicated, early intervention in the disease is the best way to guarantee success of the treatment, so that in a study done in Ireland on a cohort of FEP patients hospitalized, early intervention lowered the cost of admission. It was estimated in a decreasing from 15821 to 9398.

And as we explained above, only 25% of patients show a complete response to treatment that leads to a complete recovery from FEP, so early intervention protocol must be highly improved, and there are not accurate tools to determine the best pharmaceutical treatment for each patient yet. Our technology does solve this problem.